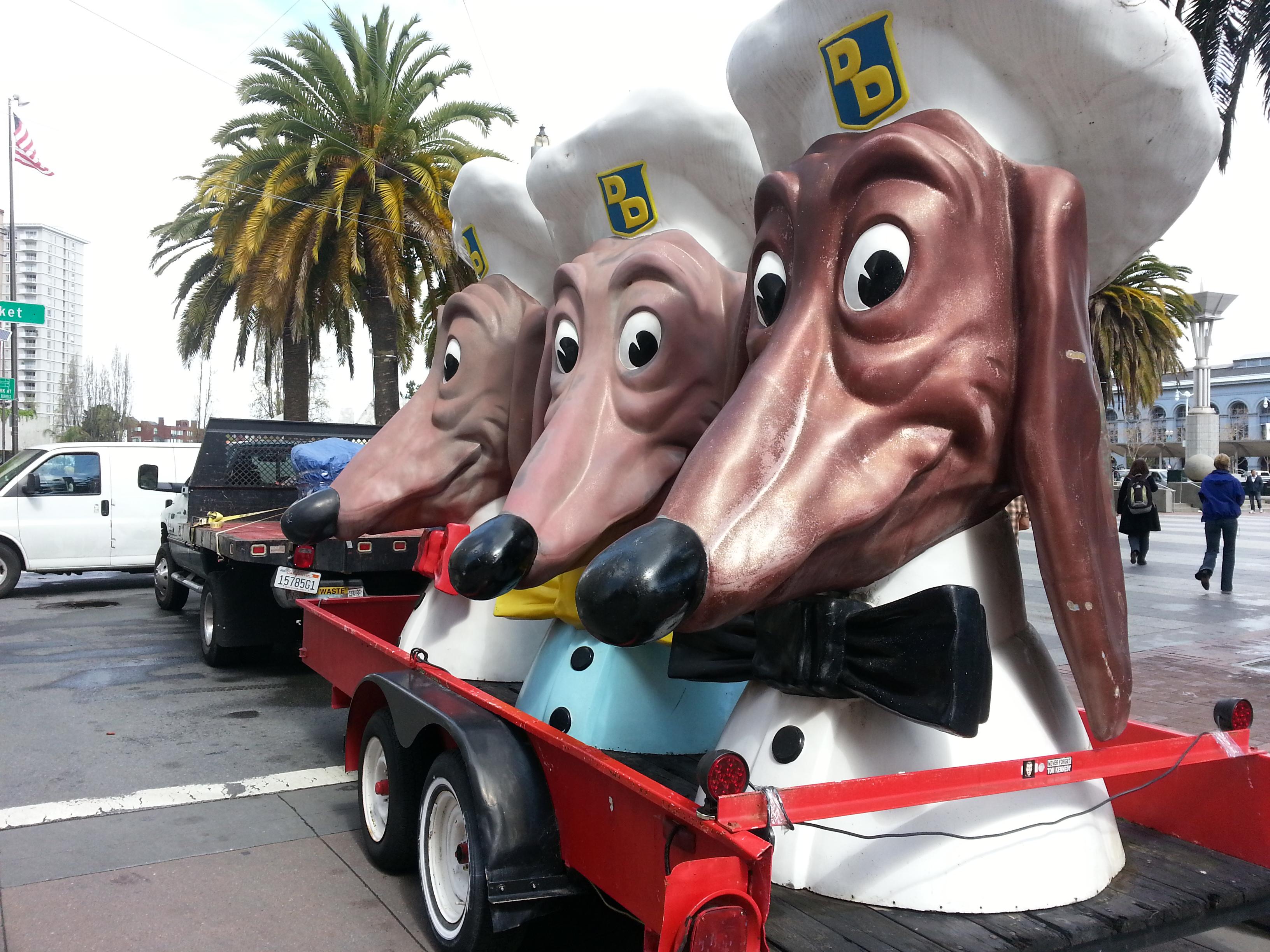 “Everyone’s got a trickster kind of day, a crazy day in the spring,” event organizer Ed Holmes said.

“Spring is the time of year when things start moving, fluids start flowing so people want to get out there.”

People came out in all sorts of costumes, including clowns, detectives, and various wigs. Some were blowing bubbles, wearing hard hats, and even using umbrellas with nothing but the wiring.

There was even one person responsible for throwing confetti. 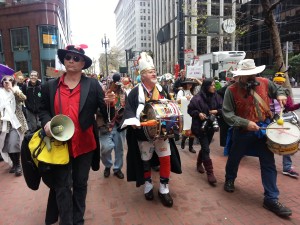 Holmes runs the First Church of the Last Laugh, which puts on the annual event, and on this day he goes by a different name: Bishop Joey. But in an impromptu ceremony done in Pig Latin, the people promoted Joey to Pope.

The newly appointed Pope Joey, who wore a pope hat, white robe, boxer shorts, and a Three Stooges tie, led the march from Justin Herman Plaza on a tour of the Financial District, which included stops at the Federal Reserve Bank headquarters, Citigroup, and the old Pacific Coast Stock Exchange.

Through the frivolity of the event, there was a small message.

“We make fun of the banks, flip off the financial institutions for getting away with destroying democracy,” Holmes said. “There is a little bit of an edge to (the event).” 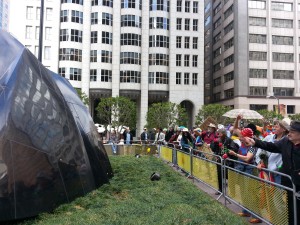 The marchers threw losing lottery tickets into the air at the Federal Reserve. They threw pennies at a sculpture at 555 California St. They even threw socks at the steps of the old Pacific Coast Stock Exchange at 301 Pine St.

Stock. Sock. Get it?

Damasocks Amas, who was attending the event for the first time, took in all of the fun.

“It’s very fun and silly if you let it,” she said. “If you don’t it’s no fun. What is it hurting? It’s bringing lots of smiles to people.”