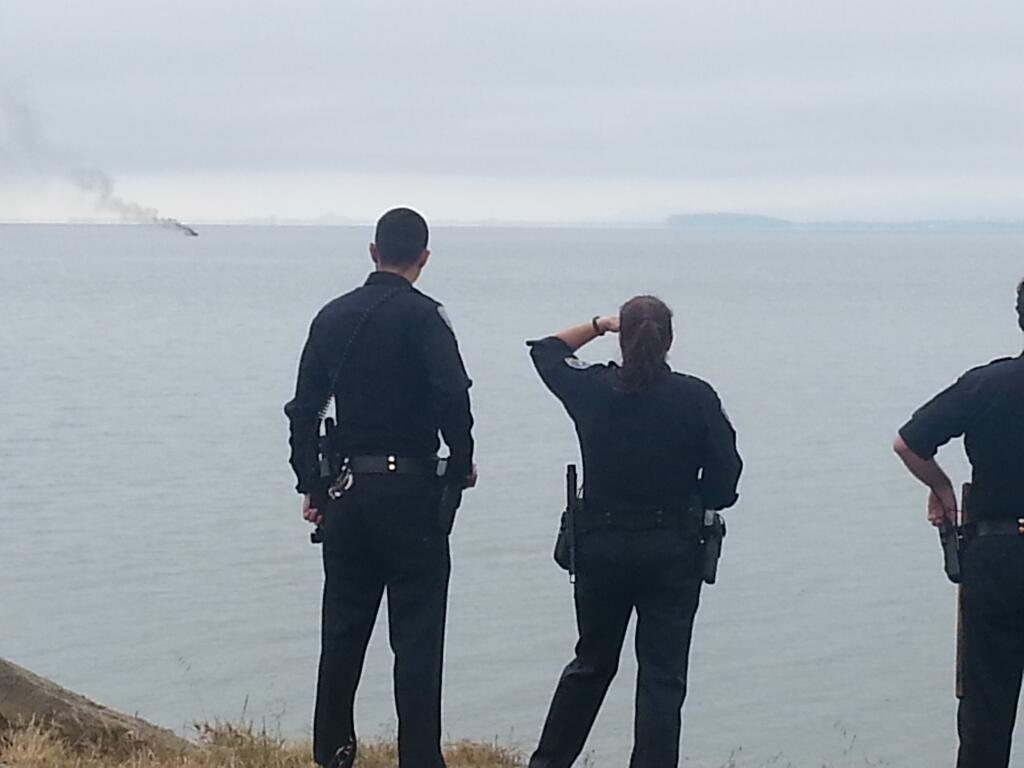 Photo of “Burning boat off candlestick pt” From @cbloggy on Twitter

Four men were rescued from a boat that was burning off of Candlestick Point this morning, a San Francisco Fire Department lieutenant said.

The U.S. Coast Guard, police and fire officials responded at about 9:55 a.m. on a report that four men were on a burning boat that was about a half mile out in San Francisco Bay from Candlestick Point, fire department Lt. Robert Lopez said.

The men were hanging out on the bow of the Pleasure Craft boat when there was an explosion, Coast Guard Lt. Heather Lampert said.

The boat was taking on water and the men were evacuated and transported to Oyster Point Marina to be evaluated, she said.

The boat was still smoldering as of about 11:30 a.m., and the salvage operation was still underway.
Damage estimates have not been released.