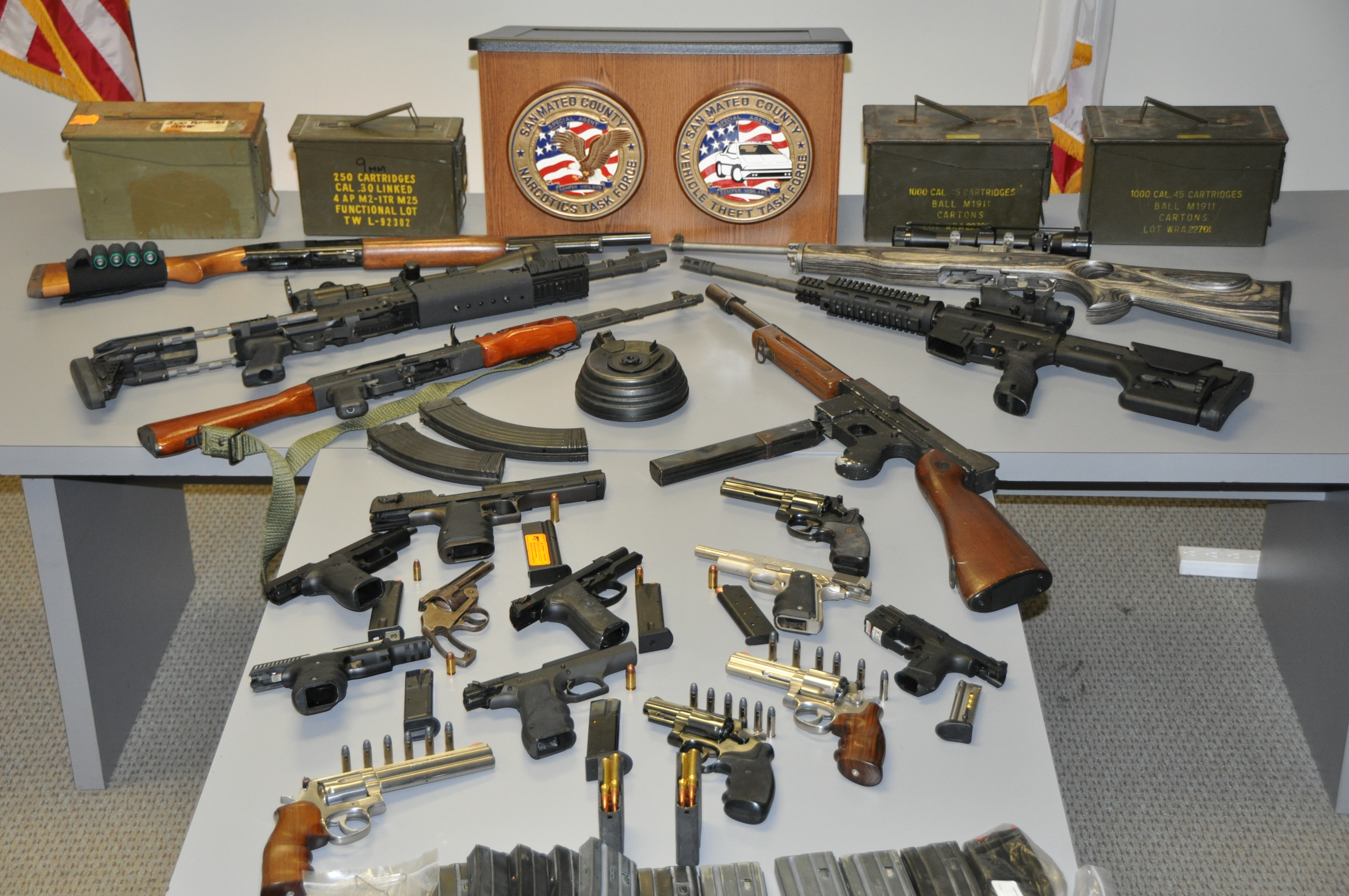 Bowman met the agents in the parking lot of his home in the 100 block of Rock Harbor Lane, where he allegedly agreed to sell one AK-47 assault rifle, one Thompson .45 submachine gun, a 100-round ammunition drum and 1,000 additional rounds of ammunition, according to San Mateo County Narcotics Task Force Commander John Munsey.

Once the transaction was complete, Bowman was taken into custody, Munsey said.

Officers who searched Bowman’s Foster City home found a loaded handgun with a high-capacity magazine in the bedroom of his three-year-old child, Munsey said.

A subsequent search of a San Francisco residence in the 3000 block of Cabrillo Street yielded two more assault rifles, one rifle, one shotgun, 12 revolvers and semi-automatic handguns of various calibers, and approximately 10,000 rounds of ammunition.

He was booked at San Mateo County Jail and has since posted $150,000 bail.