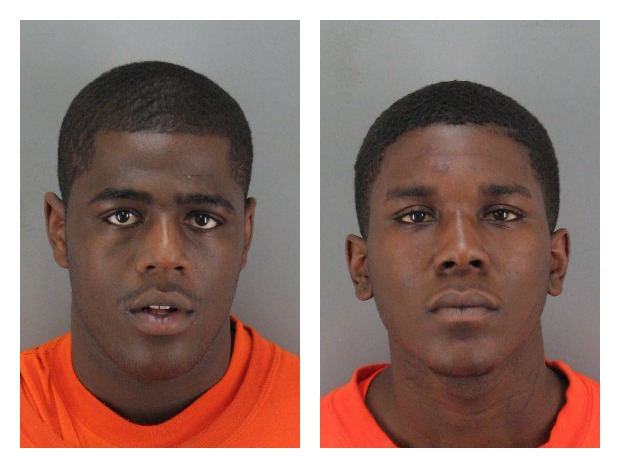 The first robbery occurred when the victim was walking toward the Glen Park BART station near Baden Street and Monterey Boulevard around 10:12 a.m. Thursday, according to police.

A suspect allegedly ran up behind the victim and grabbed their phone before running into a maroon car and driving off, police said.

Later that day around 4:20 p.m. a second victim was walking around Folsom Street and the Embarcadero when a suspect allegedly walked up to the victim and grabbed the phone.

Robbery Suspects Arrested After Car Chase, Crash in Lower Haight [Haighteration]
Have You Been Robbed by Dudes in A Maroon-Colored Car Lately? [Weekly]

The suspect fled in a car with a similar description to the one in the first incident, police said.

In both incidents the victims were able to provide police partial license plate descriptions.

Around 6:20 p.m. that evening, officers spotted a vehicle that matched descriptions from the robberies near McAllister and Hyde streets, police said.

When officers attempted to stop the car, the suspects allegedly fled.

After a short pursuit (which was first reported on by neighborhood blog Haighteration), the vehicle crashed at Hermann and Steiner streets and both suspects were taken into custody.

No one was injured in the crash, police said.

The suspects were identified as San Francisco residents Edwin Tobie, 19, and Ernest Evans, 20.

Police said evidence from the robberies was recovered from the car.

Anyone who has been a victim of a robbery involving a maroon four-door car is asked to call San Francisco police Sgt. Nico Discenza at(415) 553-9069.