SF Symphony Musicians “Delighted To Be Back” 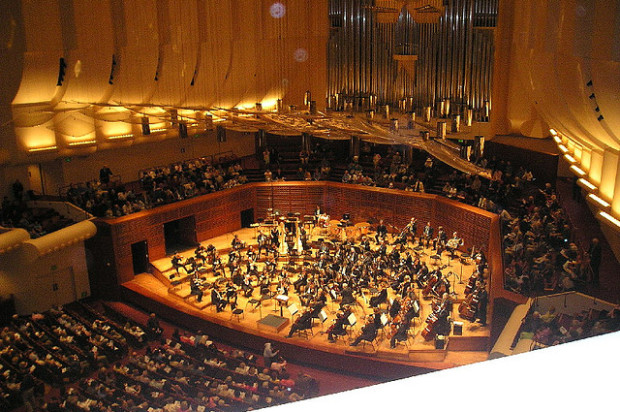 The orchestra played a free concert at Davies Symphony Hall for about 2,000 first- and second-graders as part of a weeklong series of educational programs.

“We think that is totally fitting and appropriate that they’re the first people through our doors for the past couple of weeks,” said Brent Assink, the symphony’s executive director.

Terms of the 26-month agreement between symphony management and its musicians are not being released until the contract is ratified over the next few days.

The musicians had asked for a pay increase of about 5 percent to keep up with other top orchestras. The musicians make an average of $165,000 per year, the third-highest total in the country behind Chicago and Los Angeles.

Management had said large pay hikes were not likely because the symphony had operated at a deficit for the past four years.

Assink said he did not think there would be any lingering animosity from the musicians as they returned this week.

“I really don’t think too much of that will happen,” he said. “They’re delighted to be back. It’s what they do, is make music for our audiences.”

At today’s concert, the symphony conductor spoke to the students about the different roles in the orchestra, and the children bounced up and down in their seats to the music.

More than 10,000 children will attend this week’s free concerts to celebrate the 25th anniversary of the symphony’s partnership with the San Francisco Unified School District.

All other upcoming concerts will take place as scheduled, while officials have rescheduled March 29 and 30 concerts featuring Bernadette Peters and Bobby McFerrin to July 23 and Sept. 23, respectively.

A three-city East Coast tour that was canceled because of the strike will not be rescheduled, but the symphony plans to return there for an already-planned tour in November, Assink said.

More information about concert rescheduling can be found on the symphony’s website at www.sfsymphony.org.