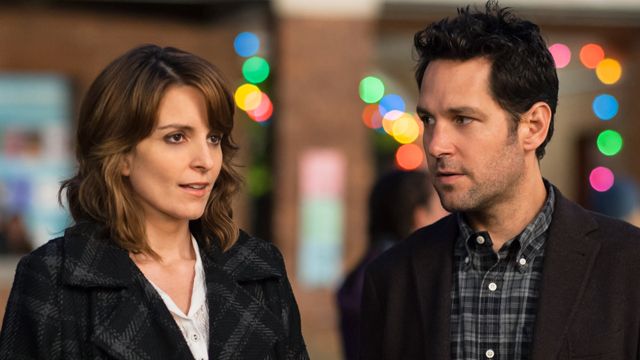 Spring Breakers – Everywhere
It’s like Point Break in that it involves a beach, pretty people, and there’s hella robbery; and it’s not like Point Break in that it’s not the best and I don’t want want to watch it every day. If James Franco in cornrows and a bunch of ex-Disney stars being half-naked and slinging guns sounds like your thing, get into it. I have a feeling this will be the movie that everyone HAS to go see; and in nine months we’ll forget that it existed. The best part of this movie is that Chloe Sevigny is not in it. Even if you don’t watch this movie, you should give the movie theatre ten dollars and tell them to put it toward keeping her out of future movies and the public consciousness. JK, she’s alright; but seriously — thank god she’s not in it.

Admission – Everywhere
How many fucking ads for this shit did you watch on Netflix? Like a million? Because yeah, me too. I love Tina Fey (what? I have working sex organs and a brain!) and I love Paul Rudd (what I said before, times two!) but they have absolutely no chemistry, and I could give a shit about the weak plot of a cranky, uptight college admissions officer and a romance with a loosey goosey alternative high school principal. OPPOSITES ATTRACT! IN HOLLYWOOD ONLY! Ugh, enough.

Olympus Has Fallen – AMC VanNess
OH HOLY HEAVENS. When the White House (“Olympus”) is taken hostage by an evil terrorist and the president is kidnapped, a disgraced former secret service bro who is trapped in the building (uh huh) must save them all! Dun dun DUN. Of course, he goes all John McClane on everyone’s ass, and it’s like YAWN WHERE’S 80s BRUCE WILLIS IN A TANK TOP. You’ll watch it one a plane one day, and until that day comes — enjoy the shit out of Die Hard on Netflix.

The Manson Family – Clay
This movie is not, as one would imagine, a biopic about the lead singer of the band “Garbage.” No, instead, it’s a creepy and fascinating look inside the creepy and fascinating world of a self-declared family murder crew. All I’m saying is, I’m really glad none of us were in Los Angeles in the 60s, because this is the sort of shit we totally would’ve accidentally stumbled into. You think you’re just having dinner with some hippies, and all of a sudden you’re murdering a woman for her silverware. Yee gads.

I love animals and food!