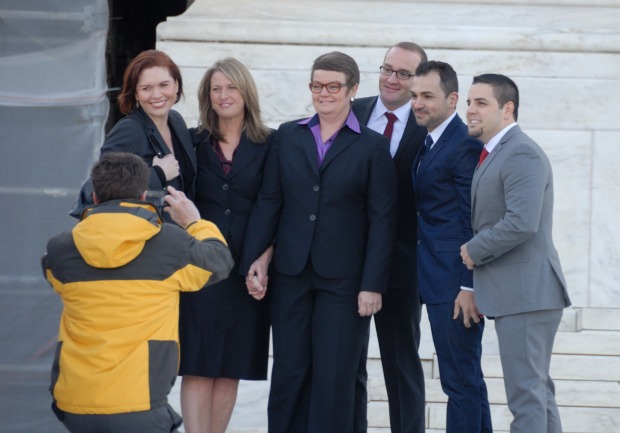 The court took the case of the state’s voter-approved ban on same-sex marriage under submission after hearing an hour and 20 minutes of competing arguments from lawyers for the initiative’s sponsors and for two gay and lesbian couples who challenged the measure.

The court is expected to rule by the end of June.

The justices’ questions appeared to suggest a potential narrow ruling that would apply only to California or a possible conclusion that the Proposition 8 sponsors lacked the authority to appeal, according to a transcript of the hearing released by the court.

Kennedy, considered a possible swing vote in the case, told Theodore Olson, a lawyer for the couples, that “you’re really asking … for us to go into uncharted waters.”

Justice Elena Kagan asked Olson, “Is there any way to decide this case in a principled manner that is limited to California only?”

Olson, who had been arguing for a nationwide right to same-sex marriage, answered that the court could rule narrowly by adopting the reasoning of a federal appeals court that overturned Proposition 8 last year.

In that decision, the 9th U.S. Circuit Court of Appeals said that because same-sex marriage was briefly legal in California for several months in 2008 before Proposition 8 was enacted, it was unconstitutional for voters to withdraw that right.

Commenting after the hearing, constitutional law professor Julie Nice of the University of San Francisco said, “I think there is not likely to be a sweeping victory for either side.”

Nice said, “It seems very likely that Proposition 8 is not likely to be upheld and that it will no longer be in effect in California at the end of this process.”

Nice said the ban could be taken out of effect either through a narrow ruling applying only to California or by a decision that the Proposition 8 sponsors had no standing to appeal lower court rulings.

A decision that the sponsors lacked standing would leave in place a 2010 order in which U.S. District Judge Vaughn Walker of San Francisco struck down the ban, Nice said.

Charles Cooper, representing the sponsors, argued that heterosexual marriage is a “bedrock social institution” that encourages responsible procreation. He urged the court to “hit the pause button” before redefining marriage.

But Kennedy suggested that upholding Proposition 8 could harm the 40,000 California children who are being raised by gay and lesbian parents.

“The voice of those children is important in this case, don’t you think?” Kennedy asked.

Justice Samuel Alito said, “Same-sex marriage is very new” and asked whether it shouldn’t be left to the people of individual states to decide whether to allow it. 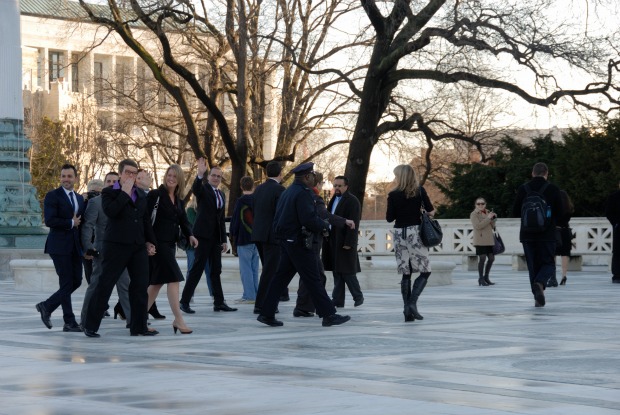