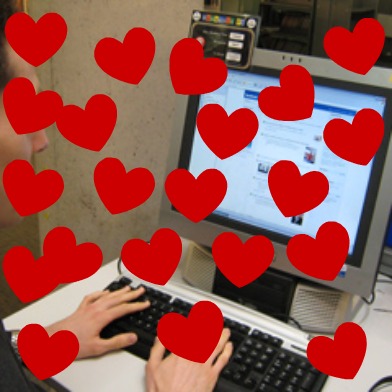 Ever wonder how sites like ThatsNotOkCupid.com or NotSoNiceGuys.tumblr.com not only get away with posting various messages and pictures from a wide variety of OKCupid members? As the San Francisco Public Press reports, it may be because both sites are run by OKCupid moderators. Yes, moderators.

OKCupid’s moderators aren’t just unpaid, they’re OKCupid members chosen based on, reports the PP, an algorithm monitoring complaints and activity on the site.

Moderators are supposed to be checking profiles for material to delete, such as commercial solicitations and pornography. However, moderators are also privy to other information, including private messages that may contain personal information such as names and phone numbers. While many moderators simply read a flagged message and move on, the aforementioned sites take those messages and post them publicly with nothing more than names redacted.

Though it appears that OKCupid, whose parent company is Match.com, has tightened its moderation restrictions since the Public Press reached out to them in February, the issue of privacy and access has come into question across the board. Berkeley consumer protection attorney Jonathan Jaffe tells the Public Press that he sees the case as a legal minefield. Lawyers at Baker Botts LLP, who defended Match.com in a class action lawsuit, declined to comment.

Co-founder Sam Yagan tells the PP that the site has done nothing wrong stating that many other social networking sites utilize similar systems of moderation.

Though it is true that many forums and sites like Reddit employ the services of unpaid members, it seems that the very nature of OKCupid’s website calls issues of privacy into question. So, what do you think?