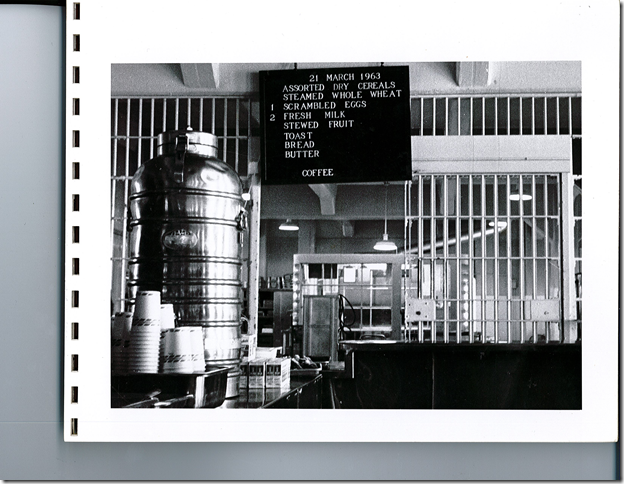 Alcatraz Island, which hosted its last inmate 50 years ago Thursday, was also home to prison workers and their families who returned to the island this morning to mark the anniversary and recount their lives there.

The federal penitentiary closed on March 21, 1963, in part because of the high costs of maintaining the facility on an island in the middle of the Bay, according to Superintendent Frank Dean from the Golden Gate National Recreation Area, which now oversees the property.

But the closure brought an end to a colorful period of life for many correctional officers, other prison workers and their families who lived on Alcatraz.

More than 60 families of the workers lived in homes on the island and all mingled together at the social hall.

“We were just a small town, that’s all,” Albright said.

His wife had to be taken off a boat in the middle of the night to give birth in San Francisco to their daughter, who he said later had trouble getting her passport because authorities did not believe she had lived on Alcatraz.

John Mahoney, another correctional officer at Alcatraz, took the last boatload of inmates off the island and said the men, convicted of murders and other major crimes, were considered extremely dangerous.

“You had to do something very serious to be on Alcatraz,” Mahoney said.

“These guys were pretty tough,” he said. “When they decided someone was going to leave this world, they left it.”

However, the inmates had respect for the guards, Mahoney said. No correctional officers were injured by a prisoner during his seven years on the island, he said.

John Brunner, whose father was an electrician for Alcatraz, was one of dozens of children who lived on the island.

Brunner, 74, who moved there when he was 10 years old and stayed for more than a decade, recalled taking a boat to school in the city every morning and having to compete with many other teenagers to use the only phone line there to make calls to the mainland.

“A lot of lines waiting to call the boyfriend or girlfriend in the city,” he said.

Brunner, who met his wife at a Christmas dance on the island and still lives nearby in Fairfield, organizes annual Alcatraz alumni get-togethers in San Francisco and created a website, www.alcatrazalumni.org, with information about the residents.

Today also marked the opening of a new exhibit with photos by Leigh Wiener, who was called upon by Life Magazine to cover the day Alcatraz closed.

The photos were unearthed 45 years later by Wiener’s son, Devik, who was inventorying his late father’s work. They will be shown in the laundry building on Alcatraz.

“It’s a dream to have an exhibit in this space,” said Devik Wiener.

A book, “Alcatraz: The Last Day,” was also commissioned to show Wiener’s photos and is available for purchase.

GGNRA spokeswoman Alexandra Picavet said the laundry building is rarely open to the public, but that the exhibit will be there for at least a few months and possibly more than a year.

More information about the island is available on the National Park Service’s website at www.nps.gov/alca/index.htm.