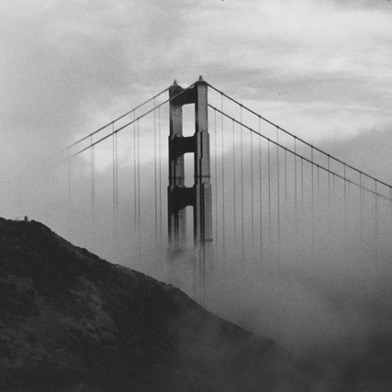 The only problem was motorists who were driving through the toll plaza faster than the 25 mph speed limit, CHP Officer Andrew Barclay and bridge district spokeswoman Mary Currie said.

Barclay said some people sped through the toll plaza at 60 mph.

“It wasn’t a large number of people,” Barclay said.

The Golden Gate Bridge switched to all-electronic tolling just after midnight today. A 27-foot-long LED sign has been installed atop the toll plaza that reads, “Do Not Stop, Automatic Tolling.”

The Golden Gate Bridge Highway and Transportation District expected a smooth morning commute because 85 percent of motorists at that time use FasTrak, district officials said.

Currie said that as expected, after the morning commute ended at 9 a.m., some motorists looking for toll collectors hesitated at the toll plaza.

“They weren’t sure what to do, and some rental cars pulled over,” Currie said.

All in all, Currie said, the morning commute “went very, very well.”

A bigger challenge may be this weekend with Easter-related traffic across the bridge, she said.

Barclay said there also appeared to be some confusion among motorists who were using a carpool-only FasTrak lane.

That lane requires three people in a vehicle, but in Marin County, the carpool lane on southbound U.S. Highway 101 leading to the bridge only requires two people in a car.

When motorists realized the discrepancy, some “ducked out at the last second” to the right or left, Barclay said.

“This a brand-new thing. There will be a lot to get used to as people start going into that lane,” Barclay said.

The CHP has increased its presence at the toll plaza and will ticket speeders as necessary, he said.

“For as long as FasTrak has been in effect, some people went through the toll plaza at 60 mph. Now there are 11 lanes to do it,” Barclay said.

There is a live public address system hooked up between the toll plaza and the nearby Golden Gate Bridge district’s administration building, Barclay said.

“There are people watching for anything out of the ordinary. They can tell motorists, ‘Do not stop here,’” Barclay said.

Drivers who do not have FasTrak have several options for paying tolls using their license plate numbers.

They can set up a billing account tied to their plate number; make a one-time payment for a single bridge crossing; or pay an invoice that is mailed to the address associated with the license plate after the car passes through the toll plaza.

More information about the electronic tolls and how to pay can be found on the bridge district’s website at www.goldengate.org/tolls.