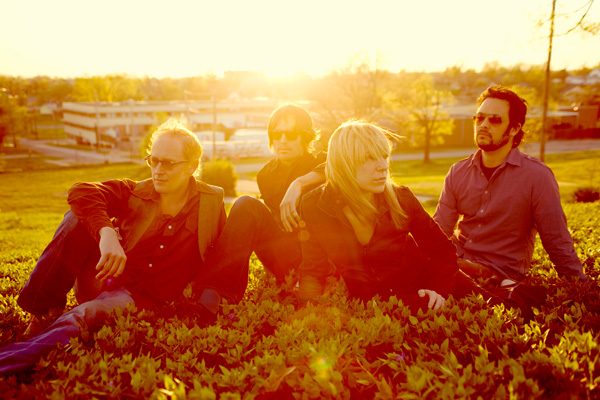 Wanderlust can inspire much more than a desperate urge to travel. For many, it’s the sheer act of simply leaving familiarity behind that brings forth creativity and true introspection. There’s something settling about being so unsettled, roaming from place to place finding much more than new landscapes. Erika Wennerstrom, frontwoman of Austin-based outfit Heartless Bastards, took that same feeling of wanderlust and turned it into an entire album.

“I had a bit of writer’s block at home. I usually write at home on my own and was kind of avoiding working,” Wennerstrom tells the Appeal.

“I write these close, personal songs and it’s a challenge to put them together. I procrastinate and stall. I needed to isolate.”

A series of trips through West Texas changed all that. What sprang forth were ten sweeping songs that make up Heartless Bastards’ latest offering, Arrow. The cinematic LP draws from such far-reaching inspiration as Thin Lizzy, Ennio Morricone, and even Curtis Mayfield’s “Only You Babe.” “I just imagine singing like him,” Wennerstrom says.

“I listened to a lot of Neil Young when writing too,” Wennerstrom continues, “but what I really made was this heavy, more Black Sabbath album.”

Where Heartless Bastards’ previous effort, The Mountain, embodies more of a struggle and fight, Arrows picks up the pace and shows Heartless Bastards at the top of that summit. Opener “The Arrow and the Beast” is a sultry step into the wild west, recalling that aforementioned Morricone influence with hints of Band of Horses harmonies.

Named after a multiple choice question from a night of bar trivia in Wennerstrom’s home city of Cincinnati, Heartless Bastards have run full steam ahead through lineup changes, a relocation to Austin, and multiple highly successful stints at SXSW.

Wennerstrom and company are excited for their trip to San Francisco, not just for their upcoming performance this Saturday, March 30th, at Great American Music Hall, but for the opportunity to take in a few sights and sounds of the city.

“I’m so used to us not having time in a city because we do San Francisco back to back from LA but this time we’ll be able to do more. I love the food here,” Wennerstrom says, “and I’ve actually never been to Fisherman’s Wharf. I think I’ll go there.”