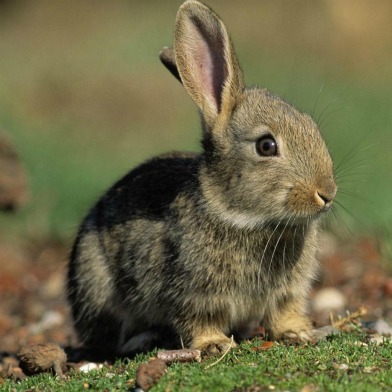 Many Bay Area families and members of the local religious community are planning for egg hunts, festive gatherings and other activities for the springtime Easter celebration and holiday this Sunday.

An Easter tradition will continue this year with a sunrise service at San Francisco’s Mount Davidson, located near Myra Drive and Dalewood Way.

The 91st Annual service will be led by local clergy at 7 a.m. and include music from gospel, bagpipes and brass ensemble groups and other performances, organizer Glenn Gullmes said.

Previous years have attracted as many as 500 attendees, however this year’s anticipated rainy weather may detract early morning visitors to the massive cross that is situated at the summit that peeks through the trees.

No matter the weather, Gullmes said, “You can’t beat the view.”

For late-risers, the 22nd annual Union Street Spring Celebration and Easter Parade will kick off Sunday at 10 a.m.

The parade will head from Union and Gough streets at 2 p.m. with about 50 contingents expected to proceed through the neighborhood.

At the farmers’ market at Fort Mason Center on Marina Boulevard, a children’s egg hunt will offer prizes of fresh produce and other treats from the farmers’ stalls.

In a less religious tradition, the San Francisco-based Sisters of Perpetual Indulgence, the longstanding community service group and self-described order of queer nuns will hold their 34th annual Easter celebration at Dolores Park, which includes the Hunky Jesus contest.

An egg hunt will begin at 11 a.m. at the park located at Dolores and 18th streets followed by the tongue-in-cheek contest to select the most attractive Jesus look-alike.

The annual “Bring Your Own Big Wheel” races will fly down San Francisco’s most crooked street on Potrero Hill’s Vermont Street on Easter Sunday at 4 p.m.

Coinciding with the holiday, but in no way Easter-related, the event, in its 13th year, is expected to draw hundreds of participants with homemade carts that will attempt to negotiate the quick turns starting at the top of Vermont and 20th streets.

Sunday also marks the end of Lent, the roughly six-week period leading up to Easter, in which many observers abstain from so-called luxuries, such as consuming chocolate, alcohol or other indulgences.

Easter this year also coincides with the Jewish holiday of Passover, an eight-day observance that ends Tuesday.

Easter Sunday may be damp this year, according to National Weather Service forecaster Charles Bell.

A storm will arrive in the Bay Area Saturday evening and it will continue to rain throughout most of Sunday, Bell said.

Throughout the region there is a chance of lightning and thunder, he said.

He said while hunting for eggs, “it’s not going to be as warm as previous weeks,” with high temperatures only into the 60s.

After Sunday’s showers, dry weather will return through the end of next week, he said.

The Society for the Prevention of Cruelty to Animals reminds parents and others celebrating Easter to not buy live animals as holiday presents.

During the Easter holiday, baby animals, especially bunnies and chicks, are often purchased and later abandoned or neglected.

Others bring Easter animals to woods and ponds where the animals are unable to survive.

SPCA officials urge parents to consider the responsibility of purchasing an animal, and remind residents that baby animals grow up.

For those interested in adopting a rabbit, Scotts Valley-based Rabbit Haven, a nonprofit rabbit rescue organization, will be holding adoption events in the coming weeks, director Heather Bechtel said.

On April 6 at For Other Living Things at 1261 S. Mary Ave. in Sunnyvale there will be an adoption show, followed by adoptions at Pet Pals at 3660 Soquel Drive in Santa Cruz County on April 13.

Around Easter the organization is busy with rabbits coming in.

Instead she urged pet owners to learn how to properly care for the pets.

“We want to be here to help educate first—to prevent the Easter problem,” she said.

The animal rescue organization takes in about 700 bunnies each year, with about 60 percent of those pets coming in around Easter, Bechtel said.

More information about bunny ownership this Easter can be found at http://www.therabbithaven.org/easter2013.pdf.