Bay Area Theologian: New Pope Is “not a progressive thinker at all” 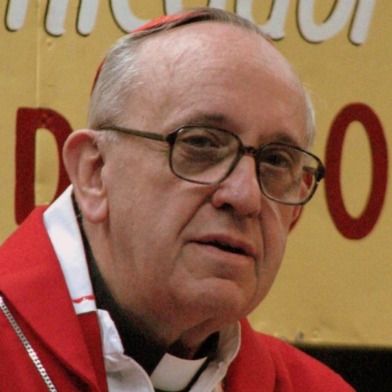 The Bay Area religious community is reacting with some surprise to the selection of Pope Francis I Wednesday–the first pope to hail from the Americas.

White smoke from the Sistine Chapel chimney at the Vatican Wednesday signaled that the Papal Conclave had selected a new leader of the Catholic faith, introduced this afternoon as Cardinal Jorge Bergoglio of Argentina.

The 76-year-old pope has taken on the name of Francis, something that San Francisco Archbishop Salvatore Cordileone said at a news conference this afternoon is special for the city also named for St. Francis of Assisi of the Franciscan order.

According to San Francisco archdiocese spokesman George Wesolek, the pope’s name choice indicates the pope’s concern for the poor.

The pope is also the first Jesuit cardinal, non-European and a noted Vatican outsider, according to Wesolek.

“There’s great joy that he’s the first from the Americas,” Wesolek said.

His connections to Latin America are expected to resonate with the San Francisco Catholic community where about 40 percent of the archdiocese is Hispanic, Wesolek said.

As the first Jesuit pope he is expected to bring the values of that congregation “that specializes in education and has a reputation for intellectual superiority,” Wesolek said.
“He lives a very simple lifestyle. He takes the bus to work,” Wesolek said about the pope’s life as the archdiocese in Buenos Aires, Argentina.

Thomas Cattoi, an associate professor of Christology and cultures at Santa Clara University’s Jesuit School of Theology, called the election of Pope Francis an “intelligent choice” albeit a surprise given his Jesuit roots and South American origins.

“This is going to strike a really good note with all the Latin American populations that live in California,” Cattoi said.

However, despite Pope Francis’ dedication to social justice, Cattoi noted he’s “not a progressive thinker at all.”

The new pope is considered socially liberal, but it is “unrealistic to expect change” in the papacy concerning issues such as abortion, contraception and same-sex marriage, Cattoi said.

The Berkeley-based Catholic Association for Lesbian and Gay Ministry said in a statement this afternoon that the LGBT Catholic community is celebrating the papal selection.

“We are impressed by his humility, compassion, and simplicity,” Catholic Association for Lesbian and Gay Ministry resource director Dr. Arthur Fitzmaurice said. “The Church needs healing and reform in several aspects, and we are hopeful the Holy Spirit with work through our new Holy Father to guide the Church in the modern world so that LGBT Catholics and their families can find healing and inclusion.”

Within the church itself, Cattoi speculated Pope Francis will have a different style given his renowned simplicity in Argentina living without chauffeurs or servants. He also said he will focus on decentralization.

“He wants to see himself as a reformer,” Cattoi said.

Pope Francis’ election comes after Pope Benedict XVI announced his resignation at the age of 85 in February–becoming the first pope to resign since the 15th century.

The College of Cardinals convened this week to vote for the new Bishop of Rome, casting five votes before choosing Pope Francis today.

President Obama echoed joyful sentiments about the geographic and cultural origins of the new leader of the Catholic Church.

“As the first pope from the Americas, his selection also speaks to the strength and vitality of a region that is increasingly shaping our world, and alongside millions of Hispanic Americans, those of us in the United States share the joy of this historic day,” Obama said the statement.