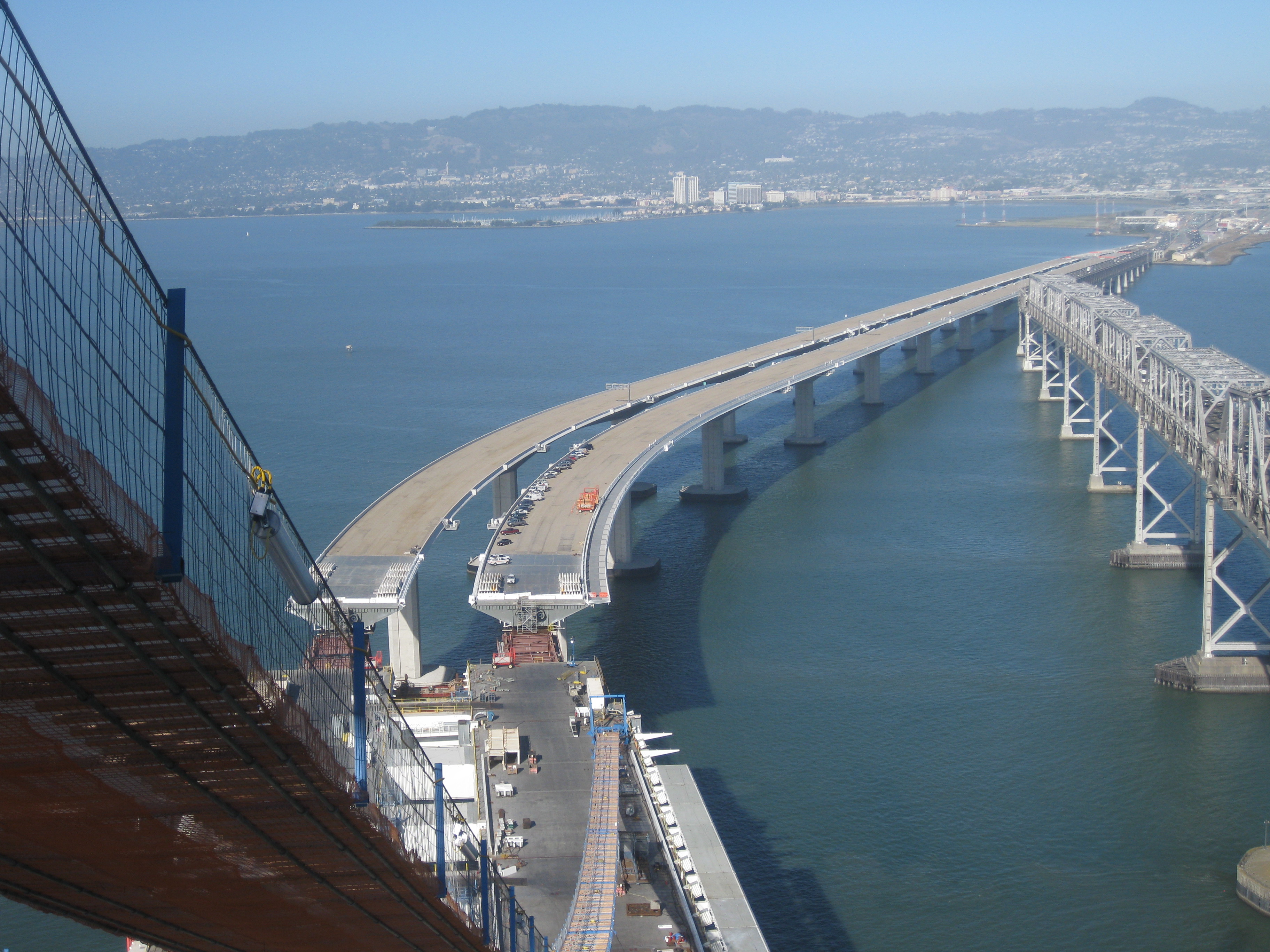 A Caltrans official said today that he’s confident a solution will be found soon to cope with the recent discovery of problems with 32 large bolts on the new eastern span of the Bay Bridge, which is slated to open on Labor Day weekend.

“We hope to reach some conclusions in the very near future and we don’t expect a delay to the Bay Bridge opening,” toll bridge program manager Tony Anziano told Metropolitan Transportation Commission members at their meeting today.

Caltrans ordered a total of 288 bolts, also known as rods, to connect the bridge deck to the 10-foot concrete cap that sits on top of the pier just east of the self-anchored suspension span tower.

Manufactured in Ohio, the bolts, which range from 9 to 17 feet in length and are 3 inches in diameter, are part of the seismic protection features on the new span, which will replace the old span that partially collapsed in the 1989 Loma Prieta earthquake.

Anziano said the bolts were installed in 2008 but crews just started tightening a batch of 96 of them immediately below the bridge deck several years ago.

The 192 remaining bolts, which are further below the deck on the same pier, haven’t been tightened yet, MTC spokesman John Goodwin said.

Anziano said access to the batch of 96 bolts just below the deck is virtually impossible because they’re in a confined and inaccessible area so he said a design solution that will keep them in place is necessary.

The most likely solution is “some type of exterior collar” that keeps them in place, he said.

Goodwin said if there are problems with the other 192 bolts it will be easier to replace them because they’re further down and can be “jacked out.”

Heminger said the MTC’s initial assessment of the problem is that there is hydrogen in the metal in the bolts, which has made them brittle, and if that proves to be correct then “there clearly was a quality control failure” by the firm that manufactured the bolts.

He said if Caltrans has to order more bolts, it will do a more thorough job of inspecting them this time.

Anziano said it is not unusual for hydrogen embrittlement to occur during the process of manufacturing steel.

There have been several other problems during the lengthy construction process for the $6.4 billion new eastern span, such as when cracks were found in the steel deck sections that were fabricated in China and questions about the integrity of the welds on the piers of the new skyway section.

Referring to those problems, Heminger said, “We have surmounted far greater engineering challenges than this one and we’re confident that we’ll get through this one as well.”

Anziano said, “There are challenges on any large project and we’ve found solutions to the other problems that have come up.”

Although he said he’s confident that the problem can be fixed in time for the bridge to open on schedule over the Labor Day weekend, Anziano said he wants to assure the public that the span won’t be opened until multiple inspections are done to make sure it is safe.

“We will make sure there is a proper and safe solution before we declare the bridge to be seismically safe,” he said.

MTC Chairwoman Amy Worth echoed those sentiments, saying, “We want to be able to reassure the public that the bridge will be safe.”

Worth said Caltrans will provide updates to the MTC in the near future about its progress in trying to address the problem with the bolts.