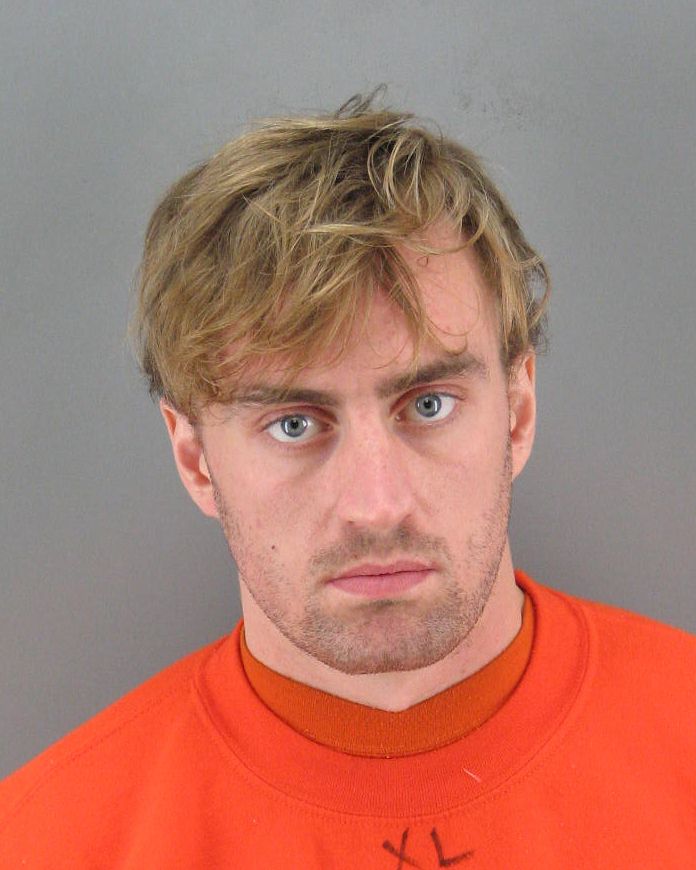 A San Francisco man who allegedly stole a taxi early last Friday and tried to run over police with it, prompting an officer to shoot at him, should be released without bail to a rehabilitation facility, his defense attorney said today.

Peter Russell, 25, is charged with carjacking, assault on a police officer, DUI and reckless driving for an incident that began around 4:30 a.m. Friday near Jackson and Buchanan streets in San Francisco’s Pacific Heights neighborhood.

Russell allegedly began jumping on the hood of a taxi and smashed its windshield, causing the cab driver to flee. Russell then got behind the wheel and drove away, police said.

Officers soon tracked the car to Jackson and Spruce streets in Presidio Heights, where they tried to block it from fleeing.

However, Russell allegedly drove straight at the officers, clipping a patrol car. One officer jumped out of the way and avoided injury while a second officer fired his service weapon at Russell, who was not hit, police said.

The suspect fled in the taxi but it was found abandoned shortly afterward at Bay and Octavia streets near Fort Mason. Russell was found a half-block away and was arrested, according to police.

“It’s a really difficult and sad case,” defense attorney Stuart Hanlon said outside of court. “This is the danger of alcohol.”

Hanlon argued to Superior Court Judge Jerome Benson that Russell should have his $175,000 bail reduced or removed completely so he can enter Ohlhoff House, a San Francisco-based recovery center for people with alcohol or drug problems.

Hanlon said Russell entered and completed the program on his own last year, but suffered a relapse before his run-in with police on Friday.

“He doesn’t have a history of violence, he has a history with alcohol,” he told the judge.

Assistant District Attorney Nicole Crosby argued for the bail to remain at $175,000, saying the fact that Russell had already been in the program but still was drinking and endangered so many people made him a public safety risk.

Crosby said, “Potentially the defendant can return to a residential facility … I don’t think that day should be today.”

The judge said he would take the matter under submission and make a ruling on Thursday afternoon.

Russell has not entered a plea to the charges against him and remains in custody.