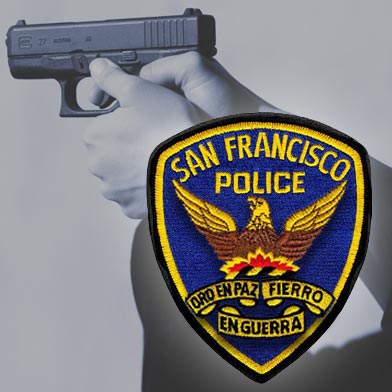 Two women were shot and another was pistol-whipped during an attempted robbery near San Francisco State University early Sunday morning, a police spokesman said today.

The incident was reported at about 2:50 a.m. Sunday near Garfield and Byxbee streets in the city’s Merced Heights neighborhood, police spokesman Officer Gordon Shyy said.

A suspect approached and pointed a gun at one of the victims and demanded her purse. A struggle ensued and the suspect struck her with the firearm and then shot her in the neck, Shyy said.

The suspect then struggled with a second victim and shot her in the leg and then pistol-whipped the third victim before fleeing empty-handed, according to Shyy.

All three victims were transported to San Francisco General Hospital to be treated for their injuries, which are not considered life-threatening, he said.

The suspect was described only as a black man between 20 to 25 years old who was wearing a black puffy jacket. He had not been found as of this afternoon, Shyy said.

Anyone with information about the case is encouraged to call the Police Department’s anonymous tip line at (415) 575-4444 or to send a tip by text message to TIP411 with “SFPD” in the message.