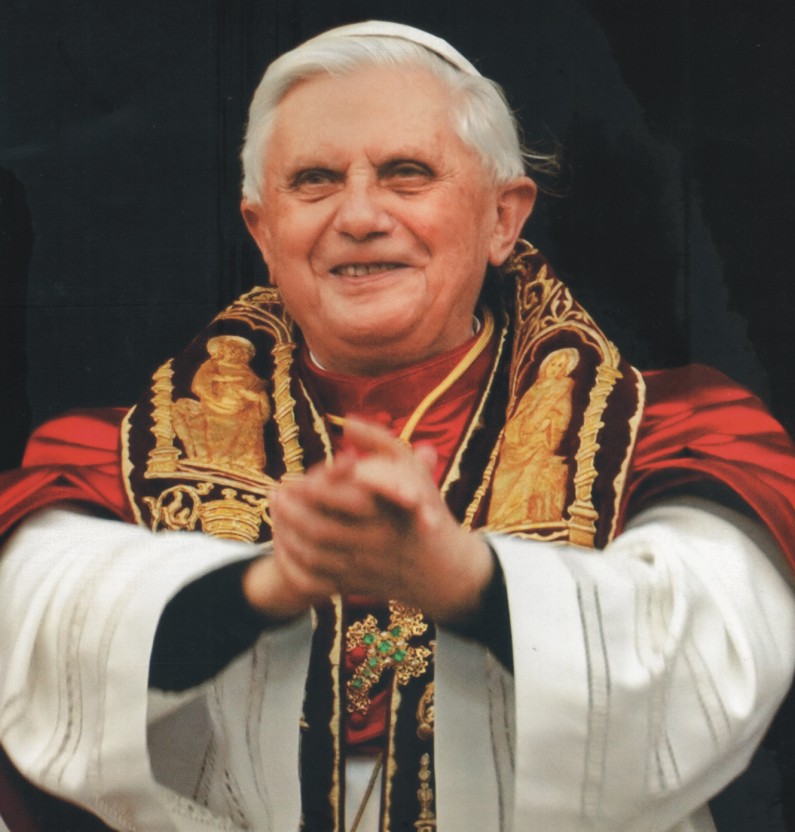 Bay Area religious communities are reacting with “surprise” and “shock” to this morning’s announcement that Pope Benedict XVI will resign.

The 85-year-old pope, born in Germany as Joseph Ratzinger, cited his ailing health as the reason he is stepping down as head of the Catholic Church.

His papacy began in 2005 and will end on Feb. 28, he announced this morning at the Vatican in Italy.

Thomas Cattoi, an associate professor of Christology and cultures at Santa Clara University’s Jesuit School of Theology, said it is within the pope’s jurisdiction to resign at any time, but that a sitting pope hasn’t made the decision to step down since 1415.

Brother Charles Hilken, a history professor at St. Mary’s College in Moraga, said five popes have resigned in the history of popes, which dates back to the first century.

“Everyone is completely stunned,” Cattoi said.

San Francisco archdiocese spokesman George Wesolek said the local reaction has been “surprise and even shock.”

“There is some sadness because he is leaving,” Wesolek said.

“People here … regard him with great affection.”

He said the Roman Catholic archbishop of San Francisco, Salvatore Cordileone, considers the pope’s decision an “act of boldness and great humility.”

Although the news is unexpected, Cattoi said, the pope had previously said in public that if he felt he had to step down, he would do so.

He called the pope’s resignation a “modern decision,” with centuries of history seeing popes serve until death.

“This is going to cast a different light on his legacy,” Cattoi said.

Cattoi said he thinks the aging pope saw the deterioration of his predecessor, Pope John Paul II–who served for 27 years as pope before he died in 2005 at the age of 84 — and does not want to become a frail leader.

Pope Benedict’s successor has yet to be named, but Cattoi said the next 17 days will give the College of Cardinals ample time to discuss candidates to elect as the Bishop of Rome at the March papal conclave in Rome.

The church has said there will be a new pope before Easter on March 31, he said.
President Obama released a statement this morning in response to the news.

“The Church plays a critical role in the United States and the world, and I wish the best to those who will soon gather to choose His Holiness Pope Benedict XVI’s successor,” Obama said.

Cattoi listed the archbishop of Milan in Italy as a frontrunner for the post, while other viable candidates may be religious leaders from the Philippines, Argentina, Brazil or Canada.

Wesolek said there is some speculation that because the main growth of the church is in the developing world, the new religious leader could hail from Latin America, Asia, or Africa.

Hilken noted that in naming a new pope, “the biggest determining factor is the personal esteem this person holds.”

Back in the Bay Area, there is a local connection to the conclave former San Francisco archbishop William Levada is one of the papal electors.

The Wax Museum at Fisherman’s Wharf in San Francisco has a wax figure of Pope Benedict XVI that was made after he was named successor to Pope John Paul II in 2005.
After this morning’s announcement, the wax likeness was moved to the museum’s lobby, museum spokesman David Perry said.