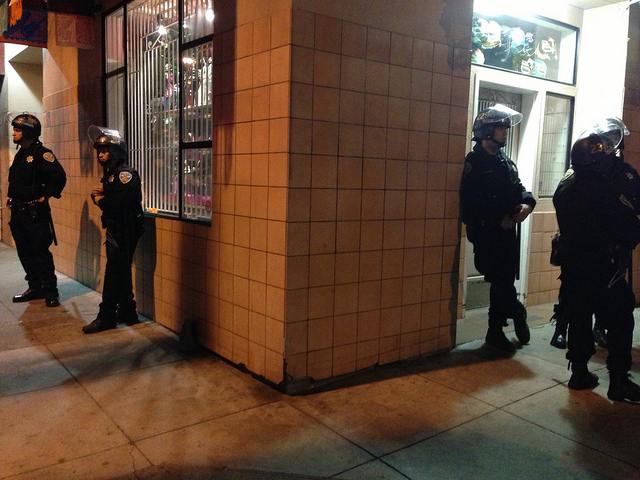 San Francisco police are reporting minor flare-ups of violence in the Mission District as disappointed San Francisco 49ers fans react to their team’s loss to the Baltimore Ravens tonight.

Police were out in force this evening in potential hot spots such as the Mission District in an effort to prevent a repeat of the World Series violence. Manfredi said officers are working to respond quickly and keep things under control.

“It’s nowhere compared to the Giants,” Manfredi said, referring to the violence and vandalism that broke out after the San Francisco Giants’ won the World Series against the Detroit Tigers in October 2012.

Elsewhere in the city, in neighborhoods such as the Haight Ashbury, fans reported a somber mood but no violence.