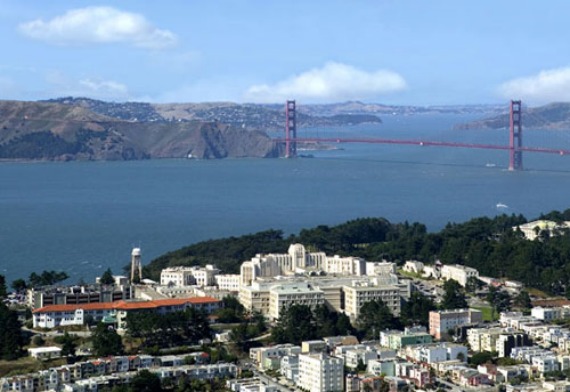 The death of a laboratory worker at the San Francisco Veterans Affairs Medical Center last April prompted federal safety officials today to announce the issuance of a notice of unsafe and unhealthful working conditions at the lab.

The U.S. Department of Labor’s Occupational Safety and Health Administration (OSHA) announced the sanctions in the case of 25-year-old Richard Din, who died April 28, 2012, after working with a rare strain of a bacterium that can cause meningitis.

After leaving work the day before, Din started feeling sick and when his symptoms worsened, he was taken to the VA medical center where he died due to meningococcal sepsis, according to center officials.

Din, an employee of the Northern California Institute for Research and Education, was considered a federal employee during projects at the laboratory based on an agreement between the VA and NCIRE, according to OSHA.

The notice cites three violations of failing to require workers to use a safety enclosure while performing the microbiological work, not providing adequate training on symptoms of illnesses as a result of exposure to the bacteria, and not providing available vaccines for those bacteria.

“Richard Din died because the VA failed to supervise and protect these workers adequately,” Ken Atha, OSHA’s regional administrator in San Francisco, said in a statement.

“Research hospitals and medical centers have the responsibility as employers to protect workers from exposure to recognized on-the-job hazards such as this,” Atha said.

The VA medical center must take immediate corrective action and have 15 business days from receipt of the notices to accept or appeal the OSHA notice.

OSHA spokeswoman Deanne Amaden said the agency cannot impose a monetary fine against another federal agency for the violations.

Officials from the medical center released a statement this afternoon saying they immediately closed the laboratory following Din’s death and no further work with viable bacteria has been allowed there.

The medical center also instituted a strengthened vaccine policy, although officials said the available vaccine would not have protected Din, and the center has trained its employees on meningitis symptoms.

The medical center also extended its requirements for use of the biological safety cabinets, but said in the statement that “there was no direct evidence” that work was done outside of the cabinets that led to Din’s death.