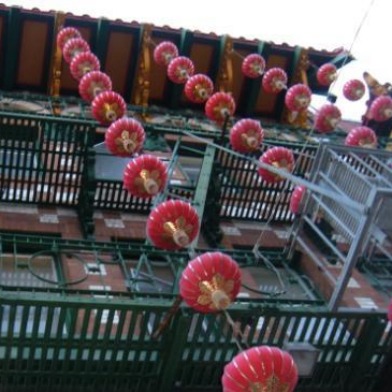 Firecrackers, lion dances and elaborate floats will wind through the streets of San Francisco on Saturday to celebrate the Year of the Snake at the annual Chinese New Year Parade.

The parade, a city tradition that dates back more than 100 years, heads into Chinatown from Market and Second streets at 5:15 p.m.

“There will be lots of firecrackers,” Eng said.

She said a snake theme will be apparent throughout the processional.

There are more than 5,000 participants in the parade as part of 100 contingents walking through the streets.

The floats have been constructed and housed at a pier warehouse along the Embarcadero before their unveiling at this year’s event, Eng said.

This year, the route has been modified to accommodate construction near the Union Square area for the Central Subway project.

The parade will go up Post Street then wrap around to Sutter Street before making its way up Kearny Street through Chinatown.

Eng suggested finding a viewing spot on Market Street or along Sutter Street for the parade, which is one of the final events for the Lunar New Year celebration that kicked off at the start of the month with New Year’s Day falling on Feb. 10, Eng said.

This weekend will wrap up New Year festivities with a community fair complete with booths and local vendors held Saturday and Sunday in Chinatown, she said.

Large crowds are expected to visit Chinatown this weekend and reserved bleacher seats for the parade sold out Thursday afternoon, Eng said.

“A lot of families come,” Eng said, including visitors from outside the Bay Area and from around the world.

To get to the festival, which is expected to draw as many as 1 million attendees, public transit officials suggest ditching private cars.

Caltrain will be offering hourly service into San Francisco at Fourth and King streets with San Francisco Municipal Railway transfers available into downtown.

BART advises planning trips into the city to see the processional. A spokeswoman said the agency is ready to accommodate large crowds that will be exiting at the Powell and Montgomery stations.

Muni service will also be impacted by the parade and community fair over the weekend.

To handle the expected surge in ridership before and after Saturday’s parade, several downtown buses, cable cars and Metro lines will rerouted around closed streets.

The Stockton Tunnel will be closed between 5 p.m. and 9 p.m. Saturday.

The fair held from 10 a.m. until 4:30 p.m. on both weekend days will shut down most Chinatown streets and require buses in that area to be rerouted.

As part of the New Year festivities, the Chinese Historical Society of America is holding 50th anniversary events at the organization’s building at 965 Clay St. in San Francisco from 11 a.m. to 4 p.m. Saturday.

Events include a dragon dance at 11 a.m., a special exhibition at the office, craft making for children and other youth activities.

Residents in Redwood City and San Leandro are also getting involved in the Year of the Snake festivities with events in those two areas on Saturday.

A Lunar New Year Celebration will be held at the San Leandro Main Library at 300 Estudillo Ave. from 1 p.m. to 3 p.m.

Lion and folk dancing, music, and craft making with the Asian Community Cultural Association of San Leandro along with a magician will be on hand to usher in the Year of the Snake.

In Redwood City, Courthouse Square will be the gathering spot for residents on Saturday to celebrate the New Year with lion dancers, acrobats, martial arts performers and plenty of food and children’s activities.

The San Mateo County History Museum on the square at 2200 Broadway in Redwood City will join in the third annual celebration with free museum admission from 11 a.m. to 4 p.m.