A Decade of BAGeL Radio: Celebrate Ten Years of Music Tonight at Bottom of the Hill 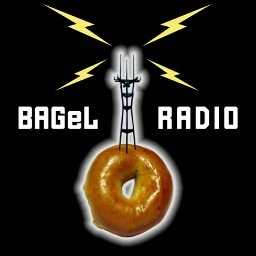 Started in (you guessed it) 2003, BAGeL came about through a good old fashioned email. An avid audiophile and lover of live music, Leibowitz began noticing that shows were selling out fast, yet were rarely full.

“All these very, very rich dot com people had been buying tickets to just about everything but not really attending,” Leibowitz tells The Appeal,

“I started sending emails to friends of shows in town and when tickets went on sale. I decided on the name in a split second as Bay Area Gig eList, or BAGeL.”

The moniker stuck, as did the email newsletter. Soon thousands of people were on the BAGeL list and were well aware of the name when Leibowitz first tried his hand at internet radio. BAGeL Radio came from a deep desire to listen to music at work and being essentially unable to otherwise.

“A friend of mine told me I should look into internet radio,” Leibowitz explains, “I really started with just A-J. I hadn’t finished digitizing all of my albums so for the first few months, that’s all I had.”

Leibowitz’s music catalog has grown vastly from its A-J days. Labels and radio promotions companies now send hundreds of records a month, sometimes blindly. Leibowitz has had to cut off a few such senders, yet still receives 50-60 albums a week, netting him 500-600 new songs in a seven day period.

Fridays is what makes the world smaller and gives Leibowitz his strongest connection to his audience. BAGeL Radio’s global audience makes a point of tuning in, emailing, and IMing every Friday for a live music marathon running from 9am to 5pm PST.

“One of the things I did starting out was, I worked at Wells Fargo on the tech side and had a lot of coworkers from other countries, so I just walked around with a mini-cassette deck and had them record in their native language: Thank you for listening to BAGeL Radio.”

“I’m used to live in a big city — New York — and I know that feeling of being disconnected from other people,” explains Leibowitz.

“You’re playing music with that deeper understanding that it’s stuff you like; your personal recommendations. Like, take Ty Segall. He’s great, but he has this prolific catalog. So I’ll get emails from people saying, ‘He’s got 5+ albums so where do I start?’ That’s the moment when I feel like, alright, I hooked somebody on this. They’re on board and this artist is going to keep making more music. It’s sweet.”

“When you do internet radio, you have to have a blog,” Leibowitz says.

Tonight’s tenth anniversary show sees local favorites Mister Loveless, CHURCHES, and Birdmonster share the stage at one of Leibowitz’s favorite local venues, Bottom of the Hill. Birdmonster previously played for BAGeL Radio as headliners of the internet radio station’s half dozen party, CHURCHES saw their song “Save Me” in the top three of 2012 for the station, and Mister Loveless’ LP Grow Up was in BAGeL Radio’s top ten albums of last year.

Leibowitz even got Mister Loveless to play an acoustic set at the BAGeL Radio studio.

“I’d been trying but they’d been refusing for the longest time,” says Leibowitz, “I knew their manager and got in contact with him and explained that it was a good exercise, especially if you’re on tour and want to pick up a few more shows along the way. Playing acoustically gives you that freedom; at that point, they can do anything.”

It is that personal connection to bands, fans, and fellow music lovers that has made BAGeL Radio not just endure, but thrive. For more information, check out their Facebook event page or the Do415.com event page.