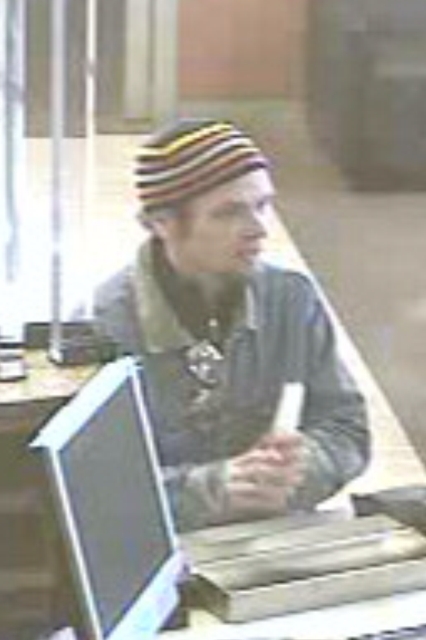 A man has been arrested for robbing or trying to rob several San Francisco banks over a two-day period earlier this month, police said today.

Shaun Laughlin Magnusoon, 35, was arrested on Jan. 14 on suspicion of two counts of robbery, four counts of attempted robbery and six counts of burglary, according to police.

The first robbery was reported around 9 a.m. on Jan. 10 at a bank in the 1200 block of Market Street and was followed later that day by another robbery in the 200 block of Valencia Street.

The following day, Magnusoon allegedly robbed or tried to rob banks in the 700 block of Golden Gate Avenue, the 1800 block of Van Ness Avenue, the 1200 block of Market Street and the 100 block of Pine Street, all between 9:40 a.m. and 2 p.m., police said.

In each case, he allegedly handed a note to a teller demanding money and then fled in a vehicle, according to police.

Investigators are looking into whether Magnusoon may have been responsible for other recent bank robberies in the city, police said.

Anyone with information is encouraged to call Inspector Phil Wong of the department’s criminal investigations unit at (415) 553-1201 or the operations center after hours at (415) 553-1071.