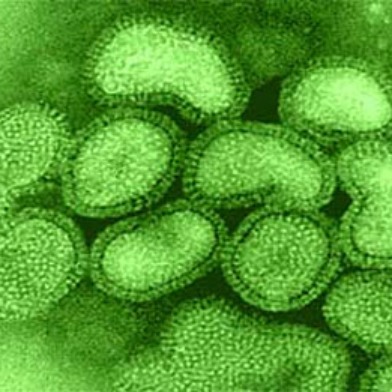 The peak of flu season is on schedule to arrive in California in the coming weeks as the rest of the nation is experiencing an early influx of the illness, local health officials said.

Flu activity usually starts in January and peaks in February, but the Centers for Disease Control and Prevention noted flu activity started in some parts of the country as early as December.

“The upswing came four to six weeks early, but the West Coast seems to be spared,” Maldonado said.

She explained multiple strains circulate around world, starting in the east and moving west.

“We know that the flu is going to come every year,” Maldonado said.

There are two strains–A and B–that make their way through populations during the winter months, however this year there is a new variety of strain A, known as H3N2.

Maldonado said doctors are seeing more of this strain than the usual A or B strains.
“This particular year people are getting sicker with this H3N2,” she said.

Fortunately, Maldonado said that strain is in the vaccine, however, “not everyone gets vaccinated.”

“People should still try to get vaccinated,” she said. “It really is the best way to prevent disease.”

As flu season starts to pick up, Maldonado noted there are many other viruses floating around, many which have flu-like symptoms, but are not actually influenza.

Already, before the usual peak period, 18 children flu-related deaths have been reported nationwide and 29 states have reported flu hospitalizations.

In the Bay Area, no flu-related deaths have been reported.

The San Mateo County Health System is gearing up for an active flu season, with vaccines available throughout the county.

All residents older than 6-months-old are encouraged to get vaccinated.

Anyone looking for more information about staving off the flu can visit smchealth.org/flu.

Some Bay Area retail pharmacies are offering free vaccines for children ages 4 through 18 until Jan. 31. Information about locations can be found at shootheflu.org.