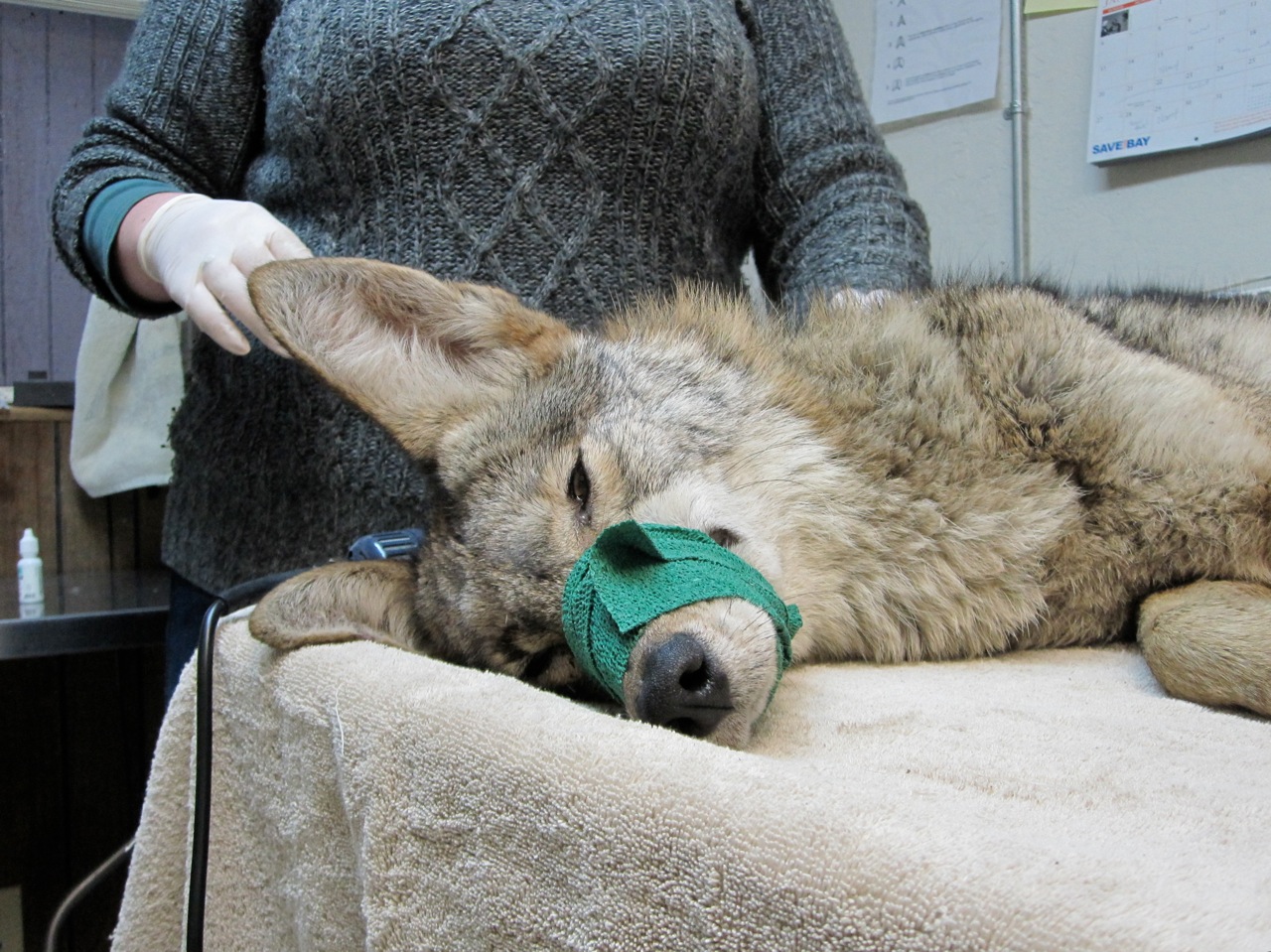 A disoriented coyote was rescued from the city streets of San Francisco earlier this month and officials need help to determine how it got there, according to a Wildlife Emergency Services spokeswoman.

The coyote was found on Jan. 18 in a backyard near Capp and 18th streets in San Francisco’s Mission District, wildlife services spokeswoman Rebecca Dmytryk said.

San Francisco Animal Control captured the coyote and impounded it, Dmytryk said. The coyote was transferred to Wildlife Center of Silicon Valley in San Jose on Jan. 22, she said.

At the time it was transferred, it was too stressed to examine and was allowed to rest, Dmytryk said.

The following day, it was given a thorough examination, where it was found to be infested with fleas and ticks, dehydrated and extremely thin, she said.

The coyote was only 16 pounds, when it should be between 25 and 30 pounds, Dmytryk said.

Dmytryk said as Thursday evening, the coyote was doing much better and was recovering.

It is unknown how the coyote got into the Mission District, but is not unusual for a coyote sighting in the city, she said.

Dmytryk said the coyote was disoriented and acting as if it was in unfamiliar territory.

Anyone who has information on the coyote and how it got into the city is asked to call the Wildlife Center of Silicon Valley in San Jose at (408) 929-9453.