After more than eight years apart, a cat and his owners were reunited today in San Francisco.

Vanilla, a 9-year-old male Siamese cat, had gone missing from its owners, Lisa Gerson and Ashley Lowengrub, eight and a half years ago in Sausalito, said Kat Brown, deputy director of the Department of Animal Care and Control in San Francisco.

One of Gerson and Lowengrub’s daughters was holding Vanilla and he jumped out of her arms and ran off, and had been missing since, Brown said.

The family put up signs looking for the missing feline, but without success, she said.
About five years ago, Brown said the family moved to Topanga in Southern California, but Gerson kept the same cellphone number.

In early December, the shelter had been called to a home in Noe Valley to take Vanilla after his new owner had been hospitalized with dementia, Brown said.

A social worker for the hospitalized man said if he returned home, he wouldn’t notice the cat had been taken away, Brown said.

When Vanilla was brought back to the shelter, an animal control officer traced a microchip in Vanilla back to Gerson and Lowengrub, and called the cellphone.

“We wouldn’t have been able to trace it to her (Gerson) if she had changed her cellphone number,” Brown said.

The microchip had the family’s Sausalito address, Brown said.

Gerson and Lowengrub made the trek up with one daughter to pick Vanilla up, and were “elated” to be reunited, Brown said.

“She adopted Vanilla for life; there was no question she was going to get her cat,” she said. “It was one of those heart-warming stories.”

The family, who drove up this morning to pick up Vanilla, is making their way back to Southern California this afternoon, Brown said.

There are more and more cases of cats and dogs being reunited with previous owners because of microchips, Brown added.

The city shelter is open daily, adopting pets in the afternoon.

All pets adopted from the shelter are microchipped, Brown said. 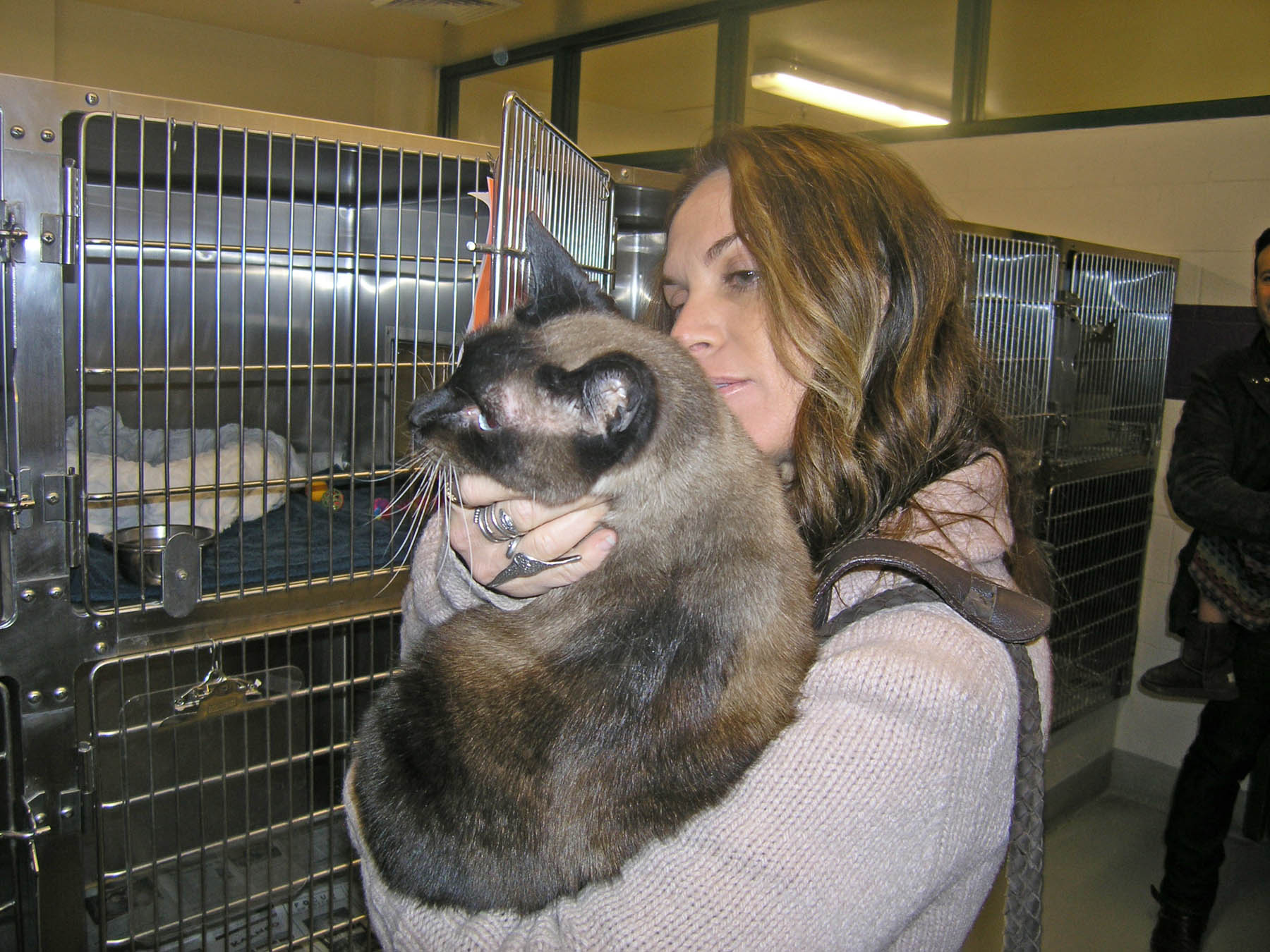