To many, the DIY movement and its aesthetic are simply a trend to follow until something new comes along. For musician, writer, and painter Marissa Nadler, doing it yourself is her raison d’etre. Whether she’s teaching art and writing or making her own album packaging, Nadler definitely has her hands full. “It really is a balancing act,” Nadler tells the Appeal.

The multi-talented artist is on both ends of the musical spectrum, writing music and performing as well as writing about music itself on the Louisville/Scranton-based music blog We Listen For You.

“I actually owe them a couple of articles.” Nadler says with a laugh. “I believe that music writers should write for enjoyment and write about what they like. I’m very lucky with We Listen For You where I can choose which up-and-coming bands I can write about and who deserves more recognition. It’s a column you can curate yourself.”

Much has shifted artistically for Nadler, whose main focus is music. After Mexican Summer, a record label named after one of her own songs, abruptly dropped her before the release of her fifth album, Nadler decided to take a different approach. A successful Kickstarter campaign helped fund the recording process of that fifth album, a self-titled LP that demonstrates her evolution as an artist. An EP, Sister was soon recorded and released in May as a companion piece, focusing less on Nadler’s distinct lyrics and more on sweeping soundscapes.

Nadler’s meandering guitar work takes a more central role on Sister, rolling through haunting lyrics like a quiet storm contemplating its next move. The EP is dark, poignant, and utterly intoxicating. Nadler is already hard at work writing new songs as she rounds out her mini tour with a stop at the new Mission venue The Chapel this Saturday night before hitting New York City.

On touring, Nadler says, “I draw a lot of inspiration from new landscapes. I find driving to be very therapeutic. It’s a time of thinking and reflection for me. Travel not in the cliched troubadour sense but for me, the longer the drive, the better.”

Though she has had breaks for recording and recuperation, Nadler says she’s reached a pivotal turning point after almost ten years of touring, marking a newfound confidence that has her songs and performances exactly as she wants them: speaking for themselves.

“I used to suffer from severe stage fright. I’d have to get just absolutely wasted to perform but I’m no longer feeling it,” Nadler explains.

“I don’t have to get wasted anymore. A lot of people would say after ten years that you don’t want to do that anymore. Because of that there’s a little bit less nervous energy. I’m not fidgeting or chattering trying to fill awkward silence with banter. That’s really not my thing. I want my songs to stand on their own.”

Nadler heads home to Massachusetts after this small jaunt, where she’ll continue the writing process and look to record yet another album. She’ll also resume teaching both art and writing as well as lending her vocals to a few side projects including her casual collaborative effort of covers with Angel Olsen. ” There are a lot of things I’ve talked about with people and these are projects I’m finally doing,” Nadler says. 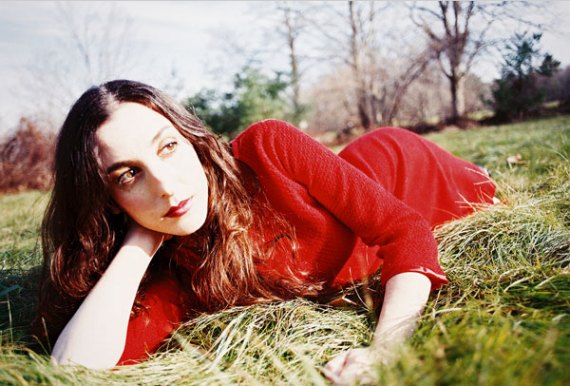