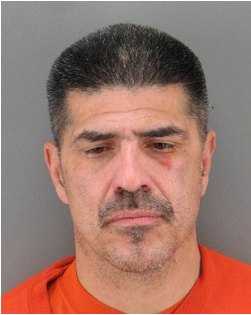 A noted scammer was arrested again near San Francisco’s Pier 39 over the weekend after allegedly posing as a parking lot attendant and taking money from unsuspecting drivers, police said.

George Anderson, 50, was arrested after a tourist approached an officer at about 10:40 a.m. Saturday near Bay and Kearny streets, according to police.

The 61-year-old tourist from Riverside County had just given money to a parking lot attendant and wanted to confirm with the officer that the man was legitimate.

Police learned that Anderson had allegedly pocketed the money from the tourist, then placed the cash into the lot’s parking ticket machine when officers arrived.

Anderson was found with multiple used parking lot tickets in his pocket and bragged that he had recently received media attention in a story about parking lot con artists. He has multiple prior arrests in San Francisco for theft-related crimes and is currently on probation, police said.

Anderson was booked into jail on suspicion of theft by trick or device, theft with a prior conviction, destruction of evidence and a probation violation, according to police.