Outside Lands: Permit Extended To 2021, Attendance Increased To 75,000 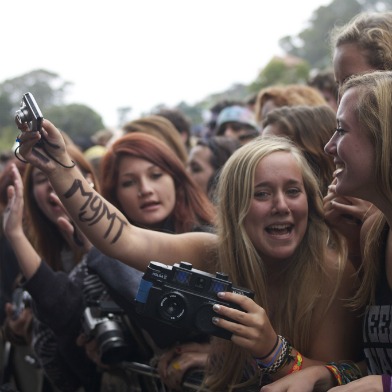 Organizers of the Outside Lands Music & Arts Festival Tuesday were granted an eight-year extension to their permit for the event in San Francisco’s Golden Gate Park.

The San Francisco Board of Supervisors unanimously voted Tuesday to extend the permit for Another Planet Entertainment, which runs the event, until 2021.

The agreement allows the organizers to increase the attendance capacity for the three-day festival from 50,000 to 75,000 but requires them to pay more rent to the city as well as an annual $15,000 payment to assist in renovating the site after the event.

Outside Lands “represents a tremendous benefit to our recreation and parks and our city,” said Supervisor Eric Mar, whose district includes the festival site in Golden Gate Park.

Mar said since Outside Lands started in 2008, festival organizers have improved their outreach to neighbors who had concerns over sound and traffic impacts as well as their collaboration with the city to make sure the event runs smoothly.

“They’ve really improved the concert and addressed many major concerns of residents,” he said.

Other terms of the agreement include requiring Another Planet Entertainment to host an annual job fair in the neighborhoods near the park to encourage local hires for the event, and also for the organizers to endow a gardener at $89,000 per year to assist in the maintenance of the festival site.

Organizers last week announced the dates for next year’s festival, which will run from Aug. 9-11, 2013.

The 2012 event was headlined by Metallica, Stevie Wonder, Neil Young and the Foo Fighters.