Exploratorium Readies For Move To Pier 15 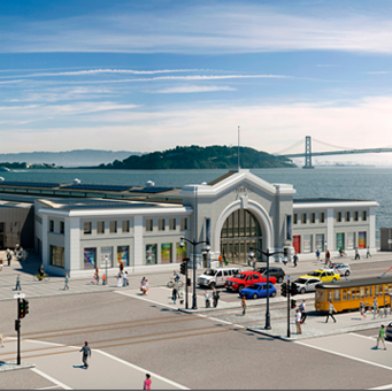 After decades of educating students, tourists and Bay Area residents about the wacky ways of biology, physics, chemistry and more, the Exploratorium will be closing its doors at the Palace of Fine Arts in San Francisco at the start of the new year.

The interactive science museum, located at 3601 Lyon St., will be making its way to a new location at San Francisco’s Pier 15, scheduled to open on April 17.

In the final weeks before the Marina District museum closes its gates for the last time after 43 years, the museum will have special holiday hours and a free community day.

Staff from all museum departments will join the public in exiting the building one last time “ceremoniously to indicate that we are moving,” she said.

The day following the closure, a “pop up” museum tour will head from the Palace of Fine Arts to the Pier 15 location, led by field trip Explainers who will set up demonstrations along the walk to the new Embarcadero space, entertaining people with mobile science activities.

After the Jan. 3 pop up walk through, Explainers will be tweeting locations around the city for more “pop up” demonstrations during the brief period when the museum will be transitioning from the old to new building.

During the temporary shutdown, on March 10 a fleet of trucks will bring the “On the Move” festival outside the Pier 15 location and to other city neighborhoods in the Bayview and Mission districts as part of an all-day celebration.

The fleet of 10 trucks will be outfitted with museum favorites including the shadow box and dancing colored shadows exhibits.

Before the museum closes on Jan. 2, the Holiday Animation Film Festival will be held at the Exploratorium Dec. 26 through Jan. 1 featuring animated shorts shown at the McBean Theater.

For more information about the Exploratorium and its upcoming move, visit www.exploratorium.edu.