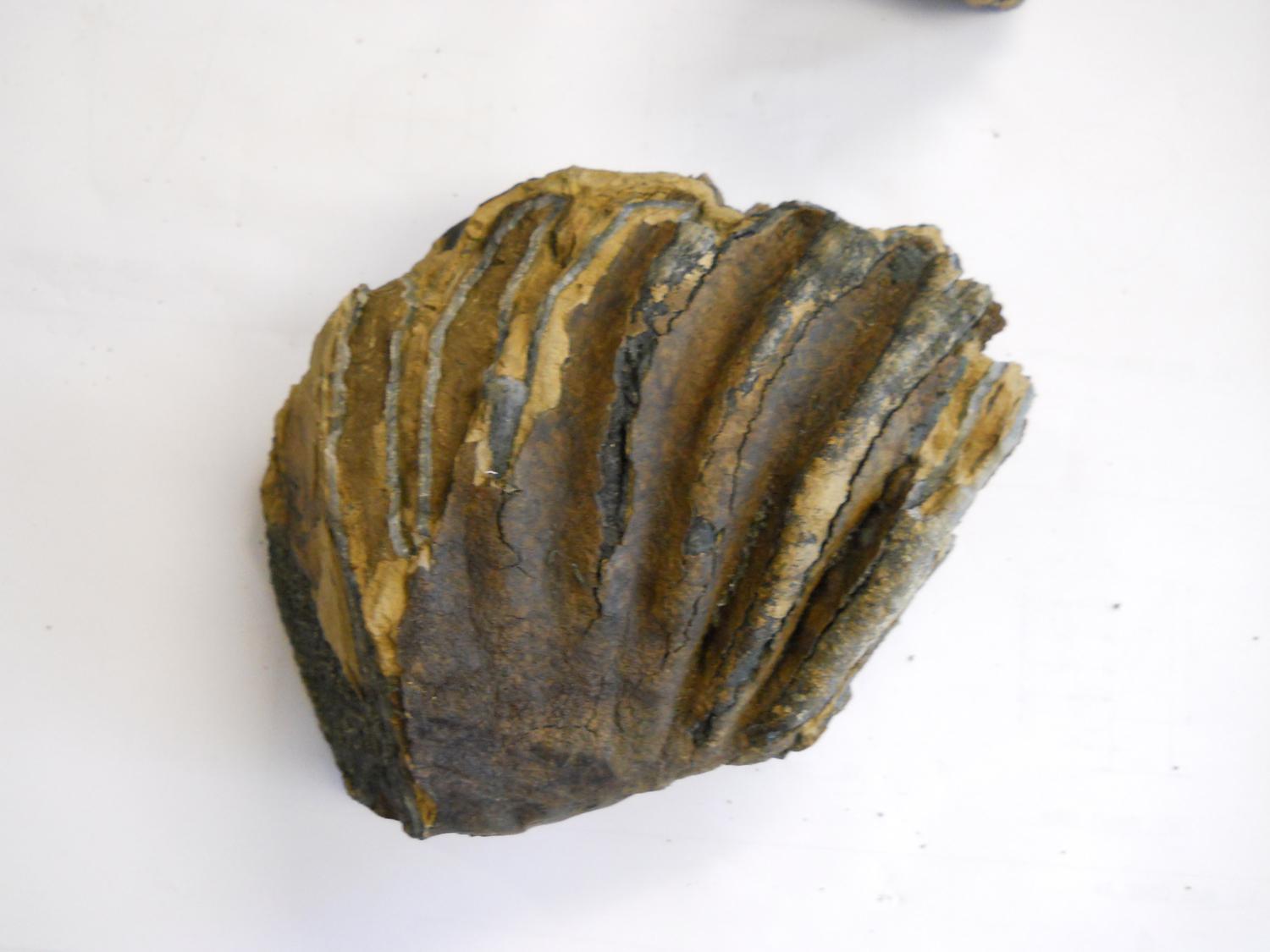 The unique find of an Ice Age Columbian mammoth tooth discovered during construction at San Francisco’s Transbay Transit Center in September is now on display at the California Academy of Sciences in Golden Gate Park.

The fossil tooth was discovered by crane operator Brandon Valasik buried about 110 feet below street level on Sept. 10 while he was working at the Transbay Transit Center construction project at the downtown site.

The Transbay Joint Powers Authority, which is leading the project, donated the tooth to the California Academy of Sciences on Sept. 20, where the ancient find was cleaned and persevered and added to the research fossil collection.

Academy of Sciences spokesman Andrew Ng said the tooth is part of an Ice Age display case in the Naturalist Center in the museum that will be available for viewing for the next few months. The tooth has been on view since Tuesday.

The tooth is an upper left molar of a Columbian mammoth and was found in two pieces. One portion of the tooth is still missing.

Although San Francisco was never covered in ice, during the icy Pleistocene Epoch about 1.8 million to 11,000 years ago, the San Francisco area was a grassy valley where, along with Columbian mammoths, saber-tooth cats, giant sloths, mastodons, elk, tapirs and bison lived.

The closely related woolly mammoth had a furry coat and lived further north.

The ancient bones were found at the eastern end of the site between Minna and Natoma streets at First Street, which is under construction for the $4 billion transportation project. The first phase of the center is expected to be completed by 2017.