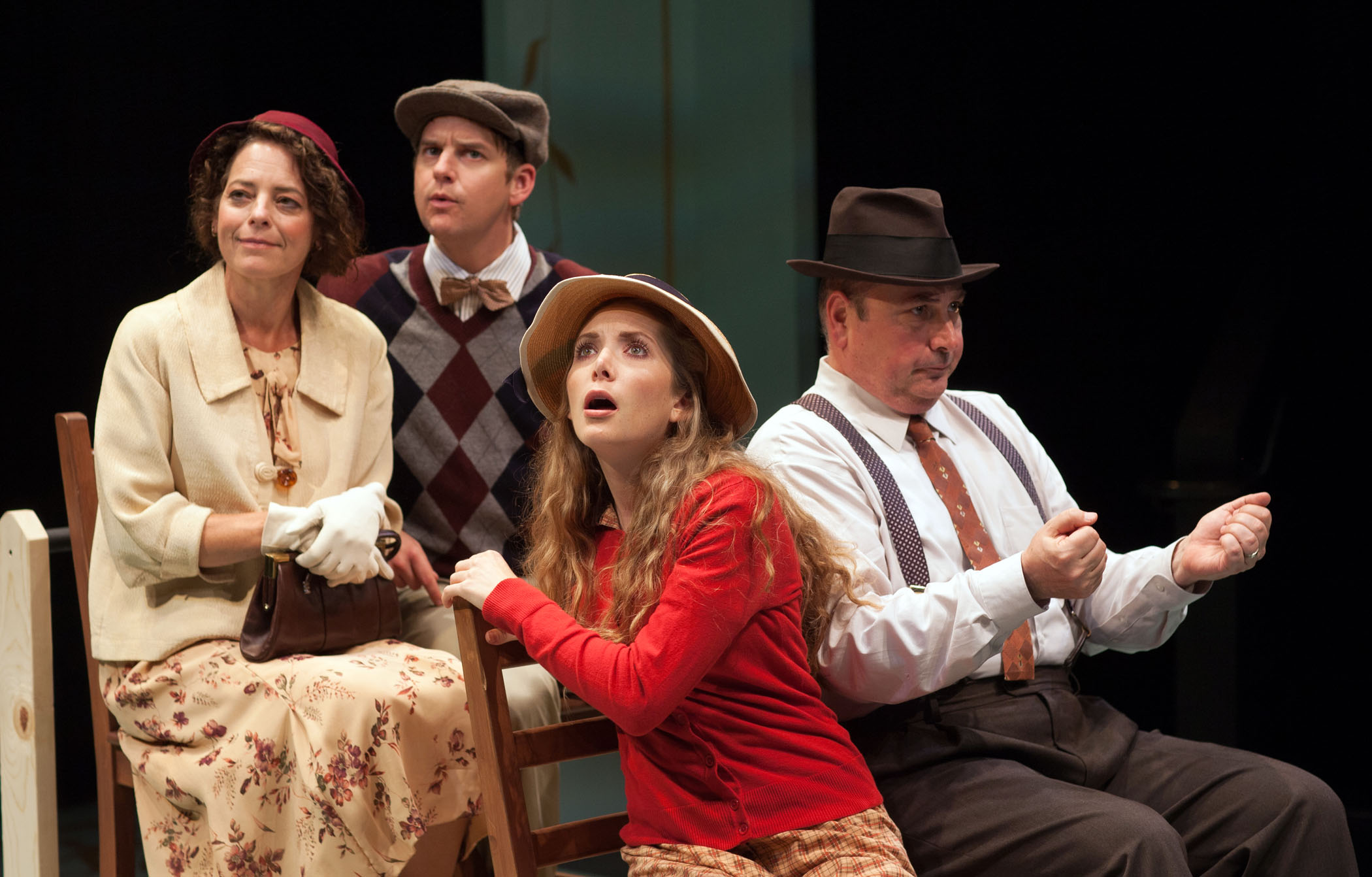 Thornton Wilder found a liberating potential in quick, one-act plays. Not beholden to the rounding out of full narrative arcs, they offer just glimpses into his characters’ psyches. And yet, despite the brevity of exposure, Wilder seemed to find time enough to pull a long view of the human condition into frame.

His The Happy Journey to Trenton and Camden (1931), which depicts one very precariously happy family’s daytrip to the environs of New Jersey, and The Long Christmas Dinner (1931), which traverses ninety years in the history of one extended family as told through so many holiday get-togethers, demonstrate Wilder’s ability to grasp the soul of wit. These, along with Infancy (1962) and Childhood (1962), two of Wilder’s later one-acts (which, curiously considering their place in the playwright’s career, appraise adulthood from a child’s perspective), constitute the Aurora Theater’s latest production, Wilder Times.

A bundle of four one-act plays is a safe move for the theater, to be sure. It’s a way of hedging bets: some people may not go for the surly baby geniuses played by adults in Infancy, but will find poignant pause in The Long Chistmas Dinner‘s existential parade, and vice versa. It also caters to the attention-deficient among us.

Wilder Times is smarter still for considering how feelings toward Wilder in the theater community have cooled over the years. A text in Aurora’s playbill diplomatically positions him as a kind of intermediary between Gertrude Stein and Edward Albee – mentored by one, mentor to the other, and, it goes without speaking, of lesser genius than either. Given this climate, a staging of Our Town might not gain momentum, but a collection of lesser known one-acts? We’ll have at it.

Doing four plays at once also means a lot of actors playing a lot of roles, and this is one of Wilder Times‘ greatest pleasures. Brian Trybom plays a resentful, carriage-bound newborn in Infancy, then seamlessly metamorphoses into a middle-class, alcoholic father in Childhood. Stacy Ross takes on maternal roles brilliantly in the first three plays, then divides into several women in the troubled lineage animating The Long Christmas Dinner.

Taken as a whole, Wilder Times makes for a fair quadriptych of the human drama, exploring the way we experience aging and time’s flow – its marches, loops and cessations. Wilder nails the exterior absurdities, hilarities and follies of midcentury American life without averting his gaze from the abyss opening up beneath, effectively setting the stage for plays like A Delicate Balance and Who’s Afraid of Virginia Woolf. When there is no Albee available, his mentor will do.