Tenant Troubles: My Absentee Master Tenant Was Scamming Me And My Landlord 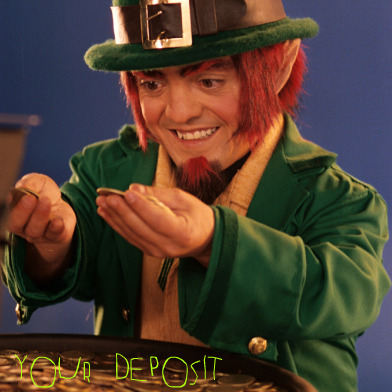 In December 2011 I moved into an apartment with three other girls. Lo and behold I found out that the man who we were paying our rent to was the master tenant not an actual landlord and that he actually lived in San Diego. So since he was there he designated one of the roommates as his spokesperson.

She kept in contact with him about any problems with the apartment and was in charge of finding new roommates, etc. She told me that the way deposits work is that the new roommate writes the deposit out to the departing roommate, and that when I move out the same would be done for me. I have this all in writing in my original rental agreement that I was given.

At the end of July 2012 I moved to Chicago for my job. When I asked his “spokesperson” about when I would receive my deposit back she told me that it wasn’t her responsibility and for me to deal with the master tenant. When I did he told me no, that it’s her job since she deals with the apartment’s business. I have not heard from her since then. In fact she ended up abandoning the apartment without notice and supposedly no one has seen her since. It has been almost three months and I still do not have my deposit.

I have been in constant contact with the master tenant and he constantly says that he hasn’t heard anything from the landlord and that he doesn’t know what to do. I felt bad for him until I received a forwarded letter in Chicago about a landlord’s petition where we (I was still included on the list even though i moved out already) were supposed to show up to a court hearing. All of our names were included even though it was dated almost two months after I left. Clearly the landlord is not sitting idly by. I brought it up with the master tenant and he says he had no idea and never received a notice (although his address included with his name on the petition was the same address we mailed our checks to).

Since then I have contacted the SF Rent Board and was told I had the right to bring the master tenant to small claims court. When I brought it up to him in a very civil manner (I even gave him until the end of the month and have the email as proof!) he responded very nasty saying that I could bring him to court but he wouldn’t ever pay me so what good would that do and that I didn’t pay the deposit to him so what could I possibly do to him.

I find it hard to believe that somebody that is not doing all that he can to get us our deposit back is able to just do that with no sort of consequence. What can I do?

I find it hard to believe that you can actually muster up some concern for this sociopath after he blatantly ripped you off.

Before I tell you that your chances of recovering your security deposit are only slightly better than Mitt Zomney’s chances of winning last night’s election, you should call the Rent Board again and find out if a decision was made on the landlord’s petition and get a copy of that decision.

I think the landlord probably discovered that the master tenant did not live in the unit and was likely making a profit on the rent by overcharging the roommates. The landlord probably filed a petition under Rent Board Rules & Regulations ??1.21 alleging his right to increase the rent to market rate based upon the fact that the master tenant did not reside in the unit.

I’ve written about this issue several times. See, for example, “Tenant Troubles: Why An Absentee Master Tenant Is A Bad Idea” and “Bad Master Tenant.”

Simply put, your ex-master tenant is a liar. He received the notice from the Rent Board and he never talked to the landlord about getting your money.

The master tenant knew this. He would never jeopardize his little enterprise by contacting the landlord for you.

It is also likely that the lease provided that he had to seek the landlord’s permission to sublet. Do think he did that? You’re actually lucky that you weren’t named in an unlawful detainer (eviction lawsuit). I recommend that you contact the real landlord and inform him that you moved out in July just in case he decides to evict the rest of the roommates.

Normally I would advise you to sue ’em all and let the court sort it out. But master tenants rarely have assets or jobs that you can lien and/or attach. That’s why they set up these schemes in the first place. To complicate matters, the roommate/manager (thief number two) absconded with your security deposit and you don’t know where she is to be able to serve her with a summons to appear in Small Claims Court.

You don’t mention the amount of your deposit, nor do you say if you still live in Chicago. Each of those factors should be considered before you file a claim. Will the amount of the security deposit justify flying back to California to present your case when it’s likely you’ll be suing two deadbeats?

If you want to find out more about the small claims process read Everybody’s Guide to Small Claims Court in California from Nolo Press.

Sweet Jesus, Mary and Joseph! Tenants: Never, ever rent a room from an absentee master tenant!