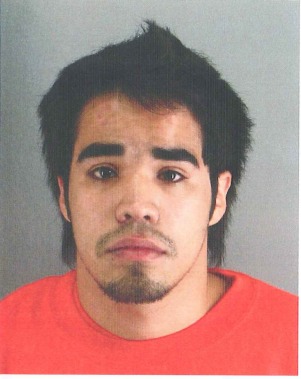 A man accused of killing another man and setting his body on fire in San Francisco’s Buena Vista Park in 2011 was ordered Monday to stand trial on murder, arson and other charges, prosecutors said.

David Munoz Diaz (pictured right), 23, allegedly killed Freddy Roberto Canul-Arguello early on June 10, 2011, then burned the body and left it in a blue recycling bin near the park’s tennis courts just off of Buena Vista Avenue East, according to the district attorney’s office.

Diaz faced a preliminary hearing on charges of murder, robbery, arson, mutilation of the remains of a human being and destroying evidence.

The hearing ended Monday when a San Francisco Superior Court judge ordered him to stand trial on all counts except the robbery charge, prosecutors said.

Diaz’s attorney has said that the death was accidental during a consensual sexual encounter between Canul-Arguello, 23, and Diaz, who panicked and set the body on fire.

Diaz will return to court on Dec. 4 for formal arraignment on the charges, according to the district attorney’s office.