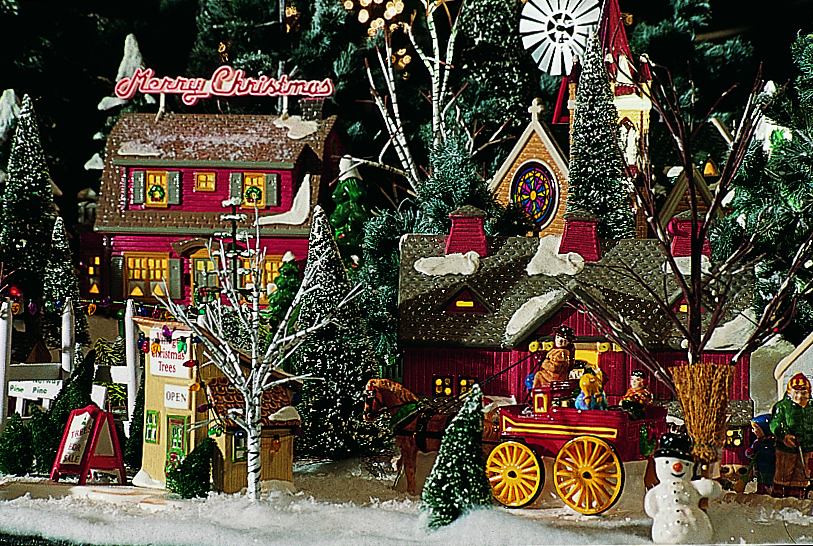 The 2012 season begins at 6 p.m. Friday with the illumination of Christmas lights at Embarcadero Center and a skating show at the center’s rink at Justin Herman Plaza next to the Hyatt, hotel spokeswoman Molly Blaisdell said.

Thousands of lights then will be switched on inside the hotel’s lobby, the 45-foot holiday tree and the Snow Village in a ceremony from 7 p.m. to 8 p.m., Blaisdell said.

The skating rink at Embarcadero Center opened on Nov. 7 and will operate from 10 a.m. daily until Jan. 6, closing at 10 p.m. Sunday through Thursday and at 11:30 p.m. on Friday and Saturday nights.

At a preview for the media on Tuesday, Hyatt representatives dropped some artificial snow down the 17-story atrium and unveiled the hotel’s returning Snow Village, a 200-piece, tiny small town with a Garden Scale moving train snaking through.

The Snow Village is part of a collection of lighted buildings and other figures made by the holiday d??cor company Department 56 and owned by East Bay resident Glenn Leveque, Blaisdell said.

“It recreates a small village around the fountain in the lobby, miniature people, animals, bushes,” Blaisdell said.

The train set has been provided by Eric Moe, who owns a Garden Scale train company, Moe Trains, Blaisdell said.