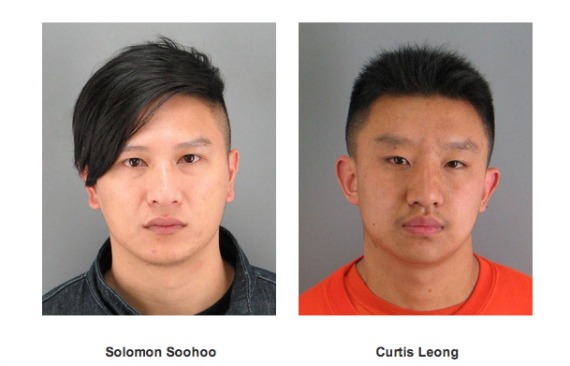 Police are asking for the public’s help in tracking down two suspects in connection with a robbery, burglary, kidnapping and aggravated assault case that occurred in September.
On the evening of Sept. 17, four suspects chased a victim in the 800 block of Clay Street, police said.

The suspects caught up with the victim and found him hiding in a nearby business. The suspects carried him to the street where they severely beat him, stealing his personal belongings in the process, police said.

The victim was knocked unconscious for several minutes.

When the victim regained consciousness, he walked to a nearby business to attempt to call 911, but the suspects returned and attacked him a second time, stealing his phone, then fleeing in his car, police said.

Two of the four suspects have been taken into custody.

The victim told police that he and the suspects were previously acquainted, according to police.

Police have identified the two at-large suspects as Solomon Soohoo, 31, and Curtis Leong, 20, both of San Francisco.

Soohoo and Leong may be in San Francisco or the East Bay, police said.