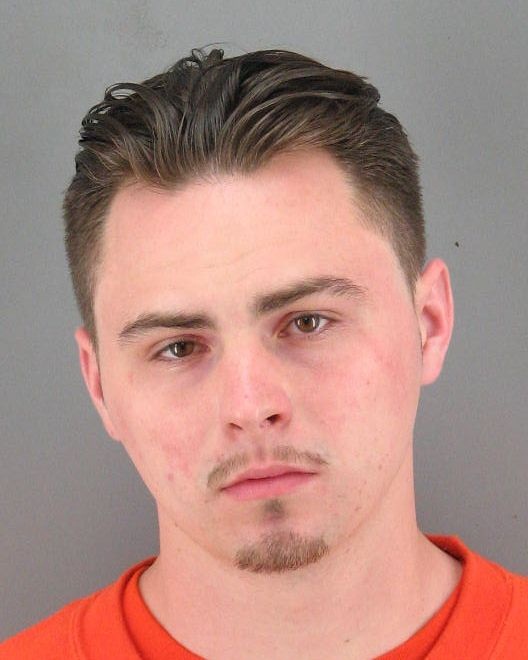 A second man arrested in connection with the destruction of a San Francisco Municipal Railway bus after the Giants’ World Series win pleaded not guilty today to charges of felony vandalism and willful tampering with a passenger transit vehicle.

Nicholas Hudson, 19, of Daly City, is one of several people accused of vandalizing and torching the 8X-Bayshore Express bus around 12:30 a.m. on Oct. 29, hours after the Giants had beaten the Detroit Tigers to clinch the World Series.

Police had initially arrested Hudson on suspicion of arson but prosecutors declined to file that charge against him.

“Given the status of the evidence currently, what we have charged is what we feel we can prove beyond a reasonable doubt,” district attorney’s office spokesman Alex Bastian said.

San Francisco Superior Court Judge Richard Ulmer ordered Hudson held without bail because he was on probation for unrelated charges in San Mateo County at the time of his arrest Wednesday.

Prosecutor Tinnetta Thompson said Hudson is a documented Norteno gang member and was caught on a video breaking the driver’s side window of the Muni bus.

She said Hudson was part of a group that “stopped this bus in the middle of the street and destroyed it.”

There were eight passengers on the bus along with the bus driver when it was stopped. All nine got off the bus safely before it was destroyed, police said.

Deputy Public Defender Niki Solis had asked for Hudson to be released on his own recognizance, noting that no one was injured and that Hudson is currently employed in the construction industry.

Hudson will return to court on Nov. 26 for the preliminary hearing.

The other man arrested so far for the Muni vandalism, Gregory Graniss, 22, pleaded not guilty Monday to similar charges. He was photographed smashing the windshield of the bus with a metal police barricade, police said.

Investigators said additional suspects are wanted for the vandalism and arson, including a white man in his 20s wearing all dark clothing and a baseball cap who apparently used a skateboard to break windows on the side of the bus.

Another suspect was photographed using a police barricade to break the bus windows. He is described as a black man in his 20s wearing a red shirt with gray horizontal stripes, according to police.