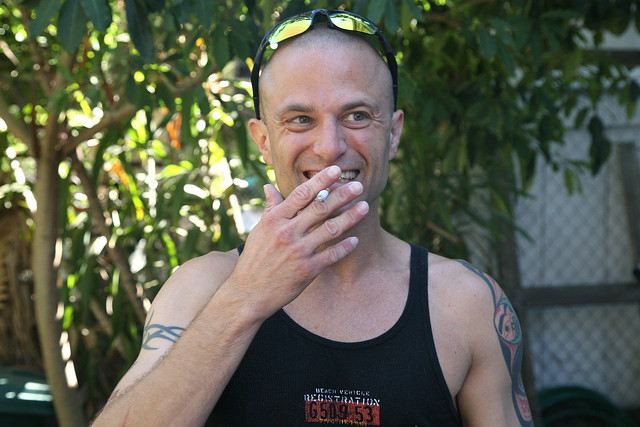 A man killed at the Embarcadero BART station last weekend in an apparent suicide will be remembered by the artist community he was a part of at a San Francisco park Friday night, a close friend said today.

Paul Addis, 42, of San Francisco was killed when he apparently jumped in front of a westbound train in the station at 7:48 p.m. last Saturday, authorities said.

His longtime friend Amacker Bullwinkle, a Palo Alto artist, said a larger memorial is in the works for December, but on Friday his group of friends–comprised of cutting-edge, alternative Bay Area artists–are creating altars for Addis at Garfield Park in San Francisco’s Mission District.

Friday is “Dia de Los Muertos,” or “Day of the Dead,” and a festival of altars and other holiday rituals will take place throughout the Mission and at the park, located at 25th and Harrison streets, between 6 p.m. and 11 p.m.

“Paul would have loved to be remembered there,” Bullwinkle said.

Bullwinkle acknowledged Addis’ run-ins with the law and his nearly three years spent behind bars.

He spent two years in a prison in Nevada for setting the Burning Man effigy ablaze ahead of schedule in September 2007 at the art and music festival in the Black Rock Desert.

He was then held in custody for months during a trial in San Francisco stemming from an incident at San Francisco’s Grace Cathedral in Nob Hill in October 2007 in which he was believed to have plotted to burn the building. He was eventually released on lesser misdemeanor charges.

Bullwinkle spoke about Addis’ eccentric, out-there personality, which she said often lead to misunderstandings with authority.

He had a legal background, but he eventually turned to playwriting and became a performance artist, Bullwinkle said.

She said he wrote a lot of poetry that included social and political commentary.

In the past five years, he wrote and performed in two plays including “Gonzo, A Brutal Chrysalis,” a one-man show about author Hunter S. Thompson, which he performed at the now-closed Climate Theater in San Francisco in 2007.

“He was one of those people where if he was at an event you always remembered him,” Bullwinkle said.

“Something had been off,” she said.

But Bullwinkle said she is not dwelling on his death. She had known Addis since 1999 and bonded with him when he took care of her in spring 2007 after she was in a serious motorcycle accident.

“I don’t really worry about it,” she said about his death, “I don’t expect answers.”

His longtime friend recounted how much Addis enjoyed living in the Bay Area, especially in the hilly San Francisco neighborhood of Nob Hill where he resided most of his adult life.

She said he loved the hills and walking the city. One of his favorite places was Grace Cathedral, ironically enough given his 2007 arrest at the cathedral.

Bullwinkle said she planned to visit the cathedral to remember him.

To speak with someone about suicide or depression, call the National Suicide Prevention Lifeline at (800) 273-TALK (8255).