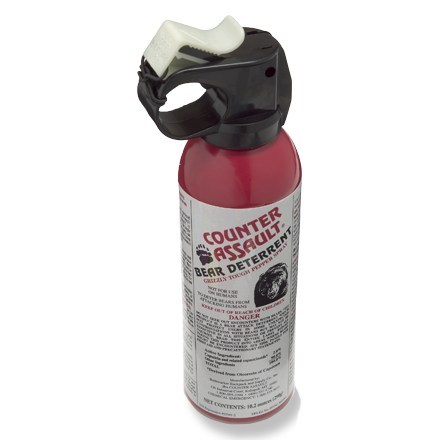 A man who was sprayed with bear spray by a resident when he allegedly tried to steal a package from her home in San Francisco’s Noe Valley neighborhood on Tuesday pleaded not guilty today to residential burglary charges.

Andy Anduha, 51, was arrested Tuesday afternoon and charged with first-degree residential burglary for the incident in the 3600 block of 22nd Street, which is near Church Street.

Officers were in the area shortly before 2 p.m. Tuesday and were flagged down by a resident who said a suspect went through the front gate of her home and stole a package from the porch, police spokesman Officer Albie Esparza said.

The resident used the bear spray on the suspect, later identified as Anduha, who fled but was quickly taken into custody a block away on 23rd Street, Esparza said.

Anduha had to be treated in an ambulance because of the bear spray, Esparza said.

Sonya Yu, the resident armed with the bear spray, wrote about the incident on Twitter as it was happening that afternoon.

Yu wrote that a thief has been “rampantly stealing packages in our neighborhood. I put out a bait package today and will be quietly working.”

A couple of hours later, she wrote, “I got him with the bear spray but he escaped.”

Shortly afterward, she said the alleged thief had been taken into custody by police.

“The bear spray debilitated him and painted him orange so other cops picked him up within 5 minutes. GOT HIM!” Yu wrote.

Yu later wrote on Twitter that she did not want to talk to the media about the incident, citing the active investigation into the case.

Anduha’s attorney, Deputy Public Defender Paul Myslin, argued in court today that his client should be released on his own recognizance in what he said was a case of “vigilantism” on the part of the resident.

“It was a fake package, put there specifically there with the intent to entrap Mr. Anduha,” Myslin said. “She took the law into her own hands rather than follow the proper procedures.”

San Francisco Superior Court Judge Nancy Davis was not swayed by the attorney’s arguments and ordered that Anduha be held on $150,000 bail.

He will return to court on Dec. 12 for a preliminary hearing.

Esparza said despite this case leading to an arrest, police do not encourage people to confront possible criminals themselves.

“We suggest calling 911 and keeping a distance,” he said. “You never know if they could inflict injury on you.”