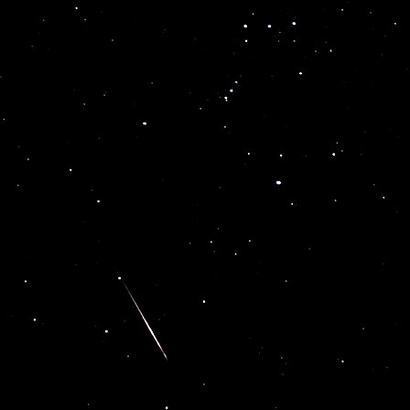 A meteor shower will be shooting across Bay Area skies early Sunday morning, although cloudy, rainy weather may diminish chances of a clear viewing, a local astronomer said.

Burress advised getting away from city lights and facing east to see the shower, which will have about 10 to 15 meteors shooting an hour.

“For meteor showers we encourage people to find a darker place,” he said.

Leonids has a strong showing every 33 years, the astronomer said, with this year not expected to be as remarkable as past years.

“It’s on the quieter side as far as showers go,” Burress said.

The shower is named after the constellation it appears to coming from–in this case, Leo, which depicts a lion.

The Leonids are associated with the comet Tempel-Tuttle, which was discovered in the 1860s.

Meteor showers happen when Earth travels through a trail of dust left behind by a comet, Burress explained.