Smokin’ Fast: Coping With Pain And Chasing the Dragon 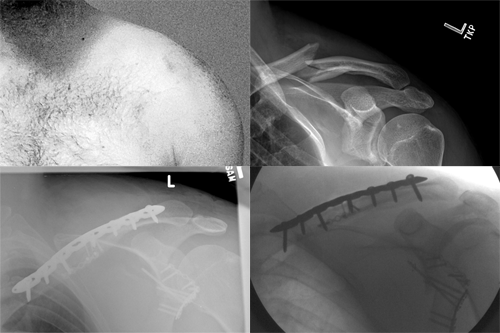 You will doubtless hear or see a million variations of the hoary “no pain, no gain” mantra. In fact, training to or beyond the point of pain can and eventually will lead to serious injury! So which is it, then? Or is it neither? Or both?

Right now I have a stash of about 80mg of oxycodone I’m nervously managing and haven’t worked out in nearly three weeks. My arm is in a sling thanks to two fractures to the shoulder girdle–one to the clavicle and another to the scapula through the glenoid fossa–for which I recently underwent a six hour surgery. I have another surgery in a few weeks, the second to repair my broken nose. The initial nasal fracture was relatively mercifully treated through “manual manipulation” with a blunt tool and nauseating trio of sharp cracks.

The wave of pain from sneezing brings me to my knees and makes me cry. 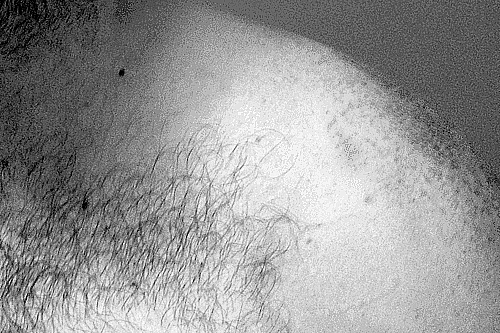 And it could be argued this is all thanks to training. After all, I was out on Lincoln Way riding through the intersection of 12th Avenue to meet a friend at 5th for a cyclocross workout in Golden Gate Park when I was blindsided by a driver taking a left turn who reportedly didn’t see me in my international safety orange riding kit. Not that I remember any of this. That didn’t come back until hours later when I woke up in the trauma ward at San Francisco General and demanded more intravenous hydromorphone. Please.

It’s the kind of accident the fear of which is commonly cited by San Franciscans while defensively rationalizing their position on urban cycling in the comments to posts on your friendly, neighborhood blog. The kind of accident that also happens to people hit in cars or by Muni busses or by a runaway ox at a Buddhist retreat in Marin County. But what the monk may have been trying to tell you shortly before you were consigned to weeks of tenderly treating scars in the shape of a hoof with lotion from the Rainbow Grocery is that neither action nor inaction are guard against the inevitability of suffering, and that attachments to beliefs like “pain is bad” or “pain is good” will get you nowhere but another two weeks of volunteer duty at the retreat. 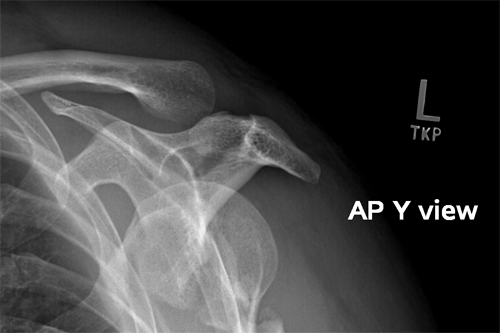 Pain is a part of your overall awareness, and provides valuable information–quite literally whether you like it or not. A hospital patient’s self-reported pain on a scale of one to ten is a critical vital sign. In unconscious or unresponsive patients, observations can be taken to infer experienced pain, because it is very real. But as anyone knows, it can be frustratingly difficult to describe or locate. Because while it’s part of awareness, it isn’t cognition. It coalesces on a far lower part of the brainstem and through to the very ends of the nervous system and therefore is a more profoundly fundamental part of consciousness.

Before the meds really kick in and I get too deep into maudlin philosophizing, the point here is that part of “fitness,” and certainly as part of any of the “endurance” sports, you must become a bit of a connoisseur of pain. Not so unlike some of the action in The Sexual Manifesto — the monthly pain play party at Mission Control is called “Threshold” for a reason. Anyone offering you a ticket north to tend oxen would probably suggest it applies more generally. Once you get beyond dualistic judgements, then past simple quantitative scales and into qualitative nature, you can get to “what is this pain, right now, telling me?” 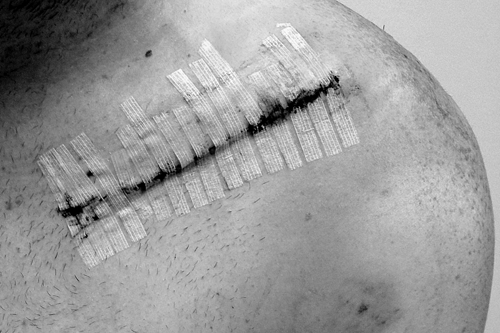 For the record, my pain is telling me to download the premiere of RuPaul’s Drag Race All-Stars, which is honestly the best possible thing I could do for my health right now.

Yet I have imagined what life would be like if I hadn’t made it out for a run or a ride almost every day for two years without tragic incident. Losing the amount and level of activity I have been enjoying is a serious blow, but the thought of going through this ordeal in my previous body, one that had an extra sixty pounds, makes me shudder.

I would need more meds, be much less independent, likely way more depressed and recovery would probably take longer. I wouldn’t be as well conditioned to put up with the rigorous commitment I’ll need for the upcoming physical therapy challenge to get back into whatever shape I was in. I would have been, quite literally, a much bigger mess. Assuming I’d have even been able to keep breathing through my concussion. 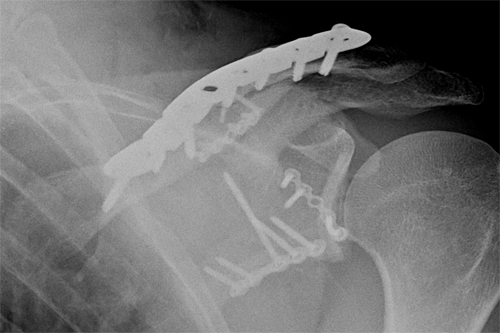 Now, on a normal day when I might be heading out to meet a friend for a ride, I might have had to get over some discomfort to get to the pleasure and reward that comes along with it all. Because so much of your nervous system is devoted to the pain or pleasure continuum, it is remarkably nuanced, and it’s in learning those nuances that your cognition comes in handy. When you understand the difference between, say, a pain coming from a bruised pectoral muscle from the pain caused by an inflamed achilles tendon, you can accurately decided whether it is safe to push through or pull back, respectively.

The goal is to choose to push through a lot of discomfort and maybe a little pain in order to gain some longer-term control over the situation. Pain you know and choose is a lot easier to take than strange pain you’d never wish for. 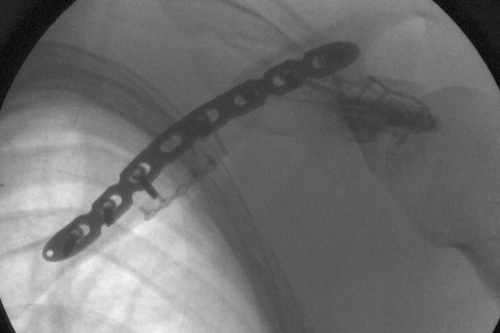 I can already taste the post-surgical change in my shoulder, and am starting to drown out the signal a little less every day. But there are a number of ways to manage pain or the fear of pain.

While obviously medication can become problematic, there’s a wide range of choices to help with pain and the anxiety it causes beyond opiates and benzodiazapenes. An extra glass of red wine after dinner, or some cannabis before a massage, or an NSAID like ibuprofen when you can’t ice some inflammation at the office are all perfectly reasonable. I found a muscle relaxant like baclofen helped with some muscle spasms from my back”s efforts to support the collapsed shoulder collar, so I could manage that additional pain without resorting to more oxycodone.

Don’t discount “bodywork,” everything from chiropractics to acupuncture, with dozens of flavors of massage in between. There is a lot of new age woo out there, but the fact is that any therapy is probably better than no therapy. Primates have been tending each other’s wounds for a long time, and if it helps you, then it helps! Even if it is the placebo effect at work, the placebo effect is a pretty profound force.

Just generally finding benign coping mechanisms to reduce background stress can help. My elevated systolic blood pressure — a common objective indicator of high pain and stress levels — dropped twenty points to normal upon getting home from the hospital. Reducing the level of cortisol overall will help ease recovery from any specific injury, both in terms of mental anguish and physical healing. Just having a nice bath can really do wonders.

Planning your day around the rhythms of your pain can help. For instance, timing medication so that it peaks when you need to be most physically active but wears off by the time you can rest quietly at home. If you start to get frustrated with slow progress on a project due to a disability, the resulting self-criticism can compound the problem. Do the hard stuff when it feels easy and vice versa.

Distraction is always popular. Whether that’s social engagement or just a good old binge session on Netflix is unimportant. Alternately, focusing on the nature of the pain through meditation or education can help you with understanding, which really helps with fear. While it’s not always easy, or even appropriate, it can also help to look on the bright side of life, rather than deciding that everything about a given painful situation is entirely negative.

Once you understand that your body’s metabolic mechanism for breaking down the lactic acid that leads to muscle soreness isn’t really engaged unless the muscles are working, it’s easy to act on the belief that while you’re stiff now, once your workout is underway and you’ve warmed up you will actually feel better.

Once you understand that your cognitive thoughts may still sputter with reservations throughout, but that they are just annoying thoughts and not actual physical pain or even discomfort, those first few minutes of “fuck this” will pass a little more quickly.

Once you understand that it sucks and it’s not fair and you don’t deserve it and accept the pain, you can place it in the necessary context alongside your other thoughts and feelings. Don’t worry, there’s plenty of endogenous endorphins, cannibinoids, adrenaline and positive attention from strangers to validate your decision on the other side.

Jackson West has previously written about cycling in San Francisco for the Appeal. Have a question or suggestion or just a story to share? Send it in! For more indulgent, self-involved health and wellness coverage visit Fitness Douchebags.