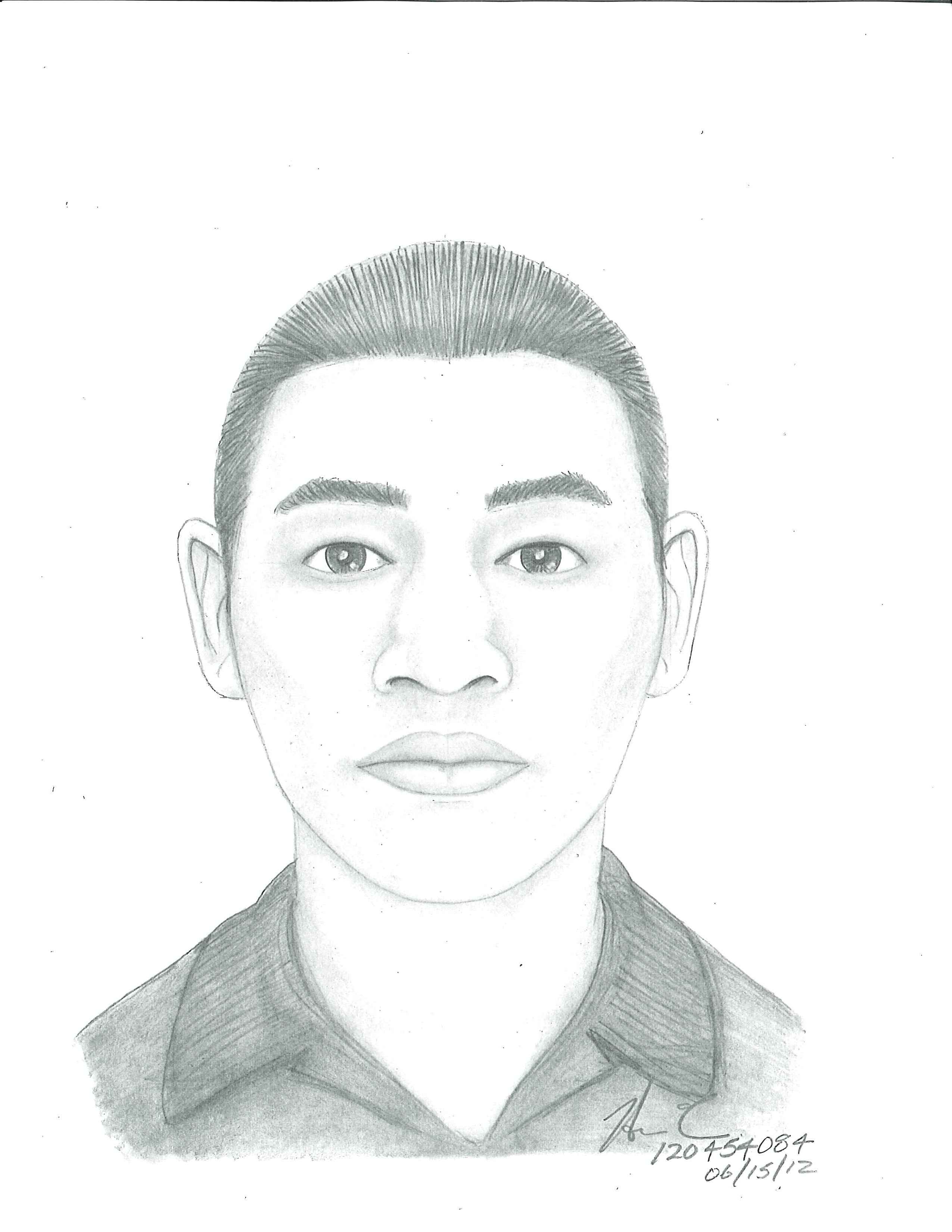 Police have released a sketch of a man believed to have been involved in a fatal shooting in San Francisco’s Mission District on June 8.

The shooting happened at about 11:35 p.m. near 16th and Guerrero streets, police said.

The victim, 24-year-old Lorenzo Jimenez, of Sacramento, was lying on the ground with life-threatening injuries when officers arrived, according to police.

He was transported to San Francisco General Hospital, where he died the next day, police said.

The police investigation revealed that Jimenez was at a nearby bar with several friends when a group of five to 10 Hispanic men confronted him.

After leaving the bar, the suspects beat Jimenez and one shot him.

Police believe the attack may have been unprovoked.

Based on witness interviews, police developed a composite sketch of the suspect, described as a Hispanic man in his 20s, between 5 feet 6 inches and 5 feet 9 inches tall, with his hair pulled back in a bun. The suspect was wearing a blue Golden State Warriors jacket at the time the crime, police said.

Police are continuing to investigate the killing and are asking for the public’s help.