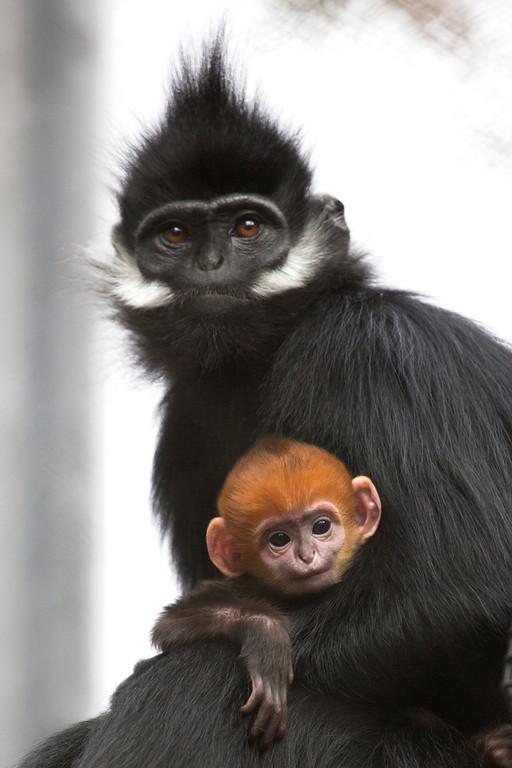 Not to be confused with the Anaheim Angels’ mascot the Rally Monkey, the World Series-bound San Francisco Giants have their own good luck talisman: a Francois Langur monkey born at the San Francisco Zoo a few weeks ago, according to a zoo spokeswoman.

The yet-to-be-named orange-headed monkey has brought Team Black and Orange good luck in the postseason ever since her birth during the division series against the Cincinnati Reds in the beginning of October.

“The monkey was born and they immediately started winning,” Tuller said.

The Giants had been down 2-0 in the series before they came back to win 3-2, winning three straight games on the road and the National League Division Series.

Zoo officials put up a sign at the langur exhibit with the Giants logo, which Giants fans have been coming to touch in lieu of rubbing the monkey’s head, according to Tuller.

As for the baby monkey’s name, the zoo is taking suggestions via social media, with Posey and Scutaro the most popular titles thus far, Tuller said.

Buster Posey is the Giants catcher and Marco Scutaro is a second baseman, which has prompted another moniker of “Scooter” for the baby monkey.

Tuller said zoo patrons and Giants fanatics will have to wait until after the final series for a name to be chosen for the auspicious monkey.

The team is set to face off against the Detroit Tigers at Wednesday’s first game in the World Series at AT&T Park in San Francisco at 5 p.m.

The San Francisco Zoo is located at 1 Zoo Road.