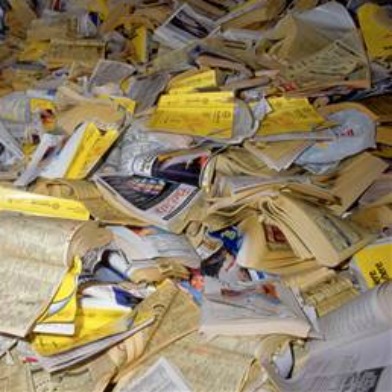 Board of Supervisors president David Chiu said today that, after consulting with the city attorney’s office, he was introducing legislation to suspend the program that had been set to go into effect in May 2013.

Chiu had proposed the earlier ordinance, passed 10-1 by the board in May 2011, to set up a three-year pilot program prohibiting distributors of the directories from leaving them on doorsteps unless residents or businesses agreed in advance or in person to accept them.

However, the enactment of the law was put on hold until after the 9th U.S. Circuit Court of Appeals issued a ruling on a 2010 law in Seattle that required publishers of the directories to pay a fee for each book distributed in that city, as well as requiring them to advertise an opt-out registry on the front covers of the directories.

A lower court had said that the city’s law was valid since the phone books were an example of “commercial speech,” but the Oct. 15 ruling issued by the federal court of appeals overturned the law.

Chiu said today, “I strongly disagree with the 9th Circuit’s ruling,” saying it was based on the same logic as the U.S. Supreme Court ruling for Citizens United in 2010 that struck down limits on independent political spending by corporations and organizations.

He said the ruling will “protect corporate polluters that litter our San Francisco doorsteps” with unwanted phone books.

Chiu said the ruling was prompting the city to have to shelve its law, pending further rulings on the matter in the federal court system.

The ordinance suspending the law will have to be approved by the Board of Supervisors at a future meeting.

Officials with the Local Search Association, the trade group representing the publishers of the directories, last week praised the 9th Circuit’s ruling and said they were looking forward to having San Francisco’s law overturned as well.

The ruling “is good news for residents who find value in the free and easy access to community information, emergency information, and local business listings that print Yellow Pages offer,” association president Neg Norton said in a statement.

The association has set up a website at www.yellowpagesoptout.com that allows consumers to opt out of receiving the directories at their home or business.