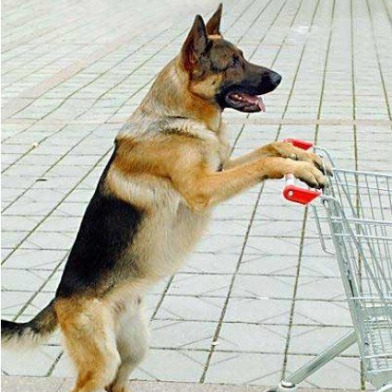 A San Francisco pet owner has joined a national drive urging major store chains to ban Chinese-made pet treats campaigners hold responsible for the deaths of hundreds of dogs, a claim the company disputes and federal officials have yet to confirm.

Dana Moskowitz of San Francisco, among more than 60,000 people Change.org said has signed petitions favoring the ban, said she witnessed her dog, Bella, almost die of kidney failure after she fed it Waggin’ Train jerky she bought at a Safeway store.

“After nearly losing my dog, I am shocked and outraged that Waggin’ Train jerky treats are still on the shelves and putting more dogs’ lives at risk every single day,” Moskovitz said. “It is simply horrific.”

The U.S. Food and Drug Administration said that since early 2011, consumers reported 2,200 cases of pets that became ill after eating the increasingly-popular chicken jerky treats and 361 reports of pets that died from them.

However, the FDA, which began its investigation into Chinese chicken jerky treats back in 2007, has been unable to conclude that the treats were responsible.

“After increased complaints began in 2011, the FDA conducted five plant inspections in China during March and April 2012,” the FDA said in a Sept. 14 statement on its website.

“Although the FDA has been actively investigating the reports of illnesses, no definitive cause has been determined.”

The FDA did issue a warning to pet owners “to stop feeding the jerky pet treat product” if their pets show signs of poor health such as “decreased appetite, decreased activity, vomiting, diarrhea and increased water consumption and/or increased urination.”

Change.org senior campaigner Stephanie Feldstein agreed that the FDA has not ordered a recall of the jerky treats, but she pointed to the agency’s warnings about the product and that its investigation into the product’s maker in China, for the St. Louis-based Nestle Purina PetCare Co., remains open.

Feldstein said the signers of Change.org’s petition simply want major retailers that sell the treats to voluntarily halt sales, specifically the Waggin’ Train brand, in the wake of so many reports of pets getting sick after eating them.

The petition effort was started by Rita Desollar, an Illinois woman who said her dog died a week after eating two pieces of Waggin’ Train chicken jerky, Feldstein said.

“We are saying that many consumers, like Rita, have been coming to Change.org supporting our petition and asking stores like Safeway, Walgreens and Costco and companies like Nestle Purina to stop selling the treats while safety issues are being straightened out,” she said.

Keith Shopp, spokesman for Nestle Purina PetCare Co., said the company has no plans to voluntarily remove its chicken jerky treats from store shelves and that the FDA has not tied the products to pet sickness or death.

“The FDA has extensively tested our chicken jerky treats and has not found any contaminants or any purported cause of the pet illnesses,” Shopp said, adding that other things consumed by sickened pets may be to blame.

Shopp said that pet owners should follow the company’s directions for feeding the treats, which emphasize limited portions of one piece per day for small dogs, up to two for small-medium dogs, three for medium and four for large dogs.

In China, most people prefer to eat dark chicken meat, which has created a surplus of white meat and led to the increase in dog treats made with white meat there, the FDA said.