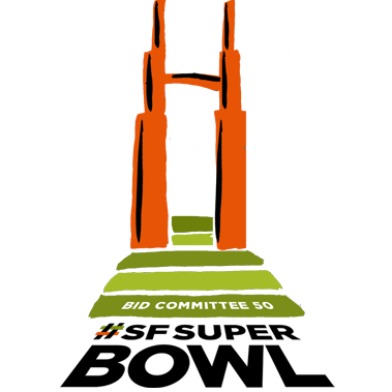 After it was announced earlier this week that the San Francisco 49ers are in the running to host Super Bowl L in 2016, city and team officials today launched their campaign to win the bid.

The campaign, titled “Bring the Bowl to the Bay,” is utilizing San Francisco and Silicon Valley’s famed tech companies to get the word out on social media networks like Facebook, Twitter and Google+, Mayor Ed Lee said.

Lee said by getting participation from the public, “we will have created a community-based, Bay Area-wide effort to reflect on this wonderful opportunity.”

The National Football League announced on Tuesday that San Francisco and South Florida were the two finalists to host the 50th Super Bowl in 2016.

If the 49ers win the bid, which will be announced in May 2013, the game would be played in the team’s new 1.9 million-square-foot stadium in Santa Clara, which is currently under construction and set to open in 2014.

“The whole region is going to benefit,” Lurie said.

49ers CEO Jed York said he hopes the game will echo the last Super Bowl held in the Bay Area in 1985, when the 49ers got to play in their own backyard, beating the Miami Dolphins in a game at Stanford Stadium.

“It would be nice to recreate that feeling,” York said.

Lee said city officials have gotten over the 49ers’ decision to move south from its current home at Candlestick Park and are ready to work with the team to win the bid.

“We were all shocked and didn’t want it,” he said. “But I’m not one to sit and mope about what we lost.”

Supervisor Mark Farrell, who is taking the lead role in handling the bid for the city’s Board of Supervisors, said the team will still be called “the San Francisco 49ers, it always has been, always will be.”

Farrell said San Francisco’s high profile would help win the Super Bowl bid regardless of where the actual game is held.

If San Francisco does not win the bid for the 50th Super Bowl, it will compete with Houston for the 51st Super Bowl the following year.

Information about how to participate in the social media campaign for the bid can be found at www.sfsuperbowl.com.