Police Arrest Protesters Who Took Over Vacant Building In Castro 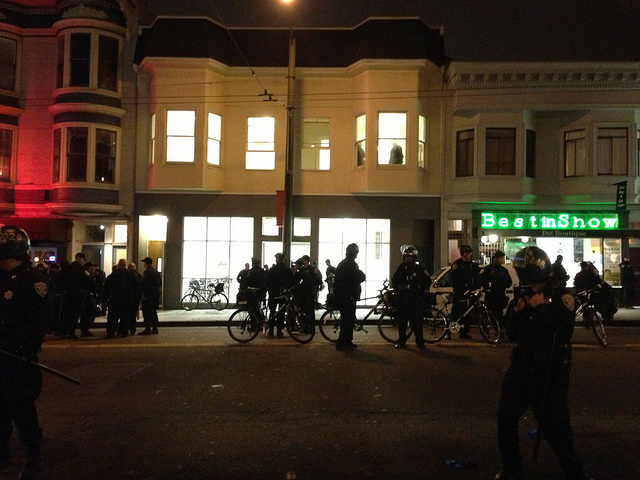 The protest, organized by the group Homes Not Jails for World Homeless Day, started at about 5 p.m. this evening in Dolores Park.

Protesters marched down 18th Street and entered the residential building in the 500 block of Castro Street at 5:53 p.m., police Officer Gordon Shyy said.

Once inside, the protesters hung banners from windows and were drilling on the roof, apparently attempting to hang signs and banners there as well, police said.

Shortly after 8 p.m. tonight police were in the process of taking the arrested protesters out of the building and load them into vehicles to transport them to jail.

One woman attempted to run from police and tripped and fell, hurting her ankle. She was taken by ambulance to a hospital and will be booked after she is released, Shyy said.