Obama Arrives At SFO, Is Greeted By Fans 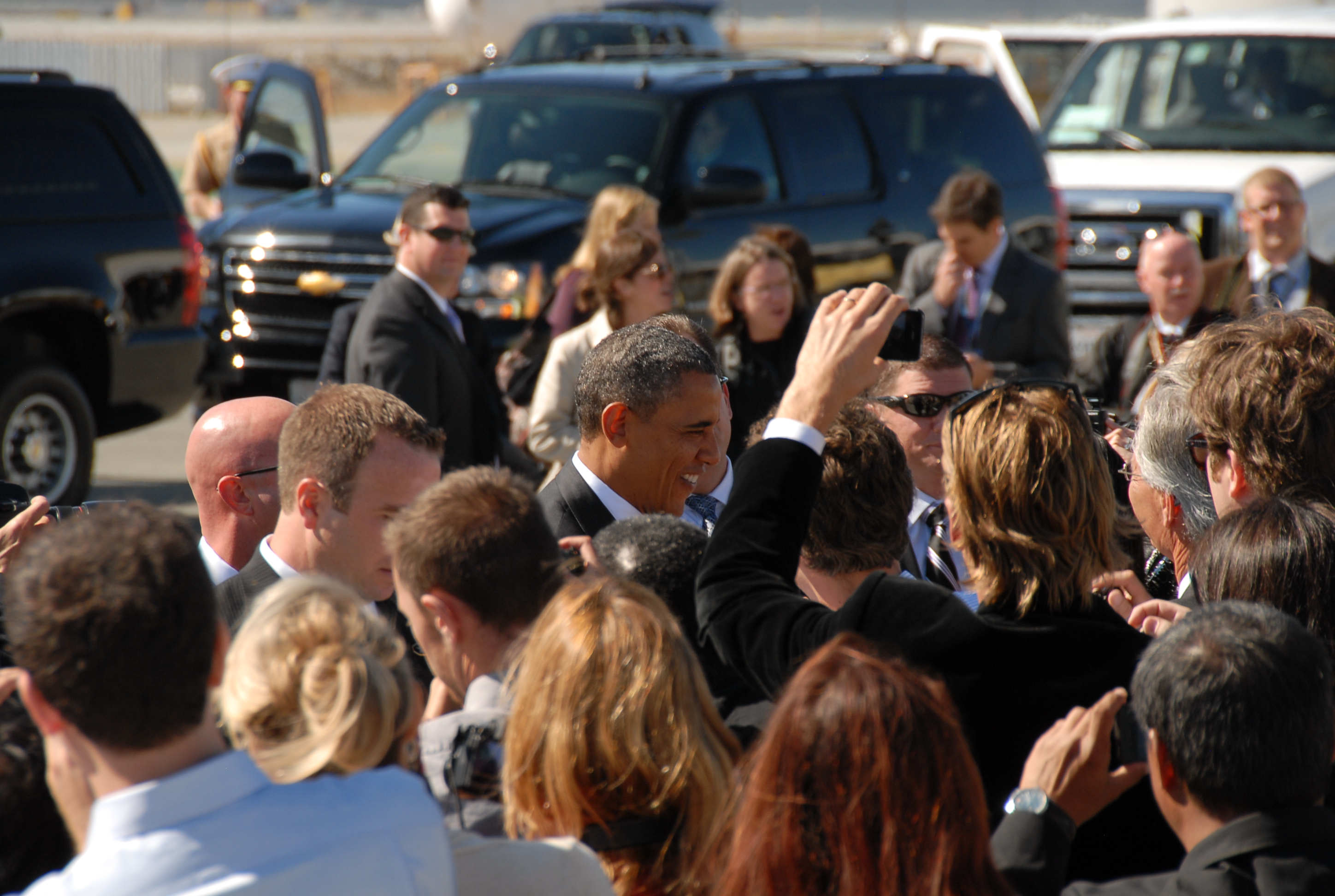 President Barack Obama has arrived in the Bay Area for a visit that includes two fundraisers in San Francisco this afternoon.

Air Force One touched down at San Francisco International Airport at 1:50 p.m.

A short time later, the president stepped out of the plane wearing a charcoal gray suit and a dark blue tie. He smiled and waved before walking down the stairs to the tarmac, where he was greeted by a small group of people.

Obama shook their hands and posed for a photo, then made his way to where dozens of invited spectators were waiting to meet him. He greeted them, shook hands and gave a high-five to 4-year-old Max Frank, of Livermore, before getting into a waiting limo. He was whisked away by his motorcade at 2:06 p.m.

He left smiles in his wake, including on the face of Brian Crump, 52, of Richmond, who was wearing a “Together We Can” shirt in support of Obama.

Crump said meeting the president was even better than he expected.

He said he was impressed that Obama took the time to shake spectators’ hands and chat with them briefly.

“He made me very proud of him,” Crump said.

The president is scheduled to appear at a fundraiser at the InterContinental Hotel on Howard Street this afternoon before heading to the Bill Graham Civic Auditorium for a dinner, rally and concert.

The dinner, which costs $20,000 per person, will be prepared by celebrity chefs Alice Waters and Tyler Florence. Dinner is scheduled to begin at 5 p.m. with the concert to follow.

Musicians John Legend and Michael Franti will perform, and San Francisco 49ers quarterback Alex Smith is expected to attend. Ticket prices for the concert range from $100 to $7,500.

Protests are planned in Civic Center Plaza during Obama’s visit. The anti-war group “World Can’t Wait” is holding a news conference at 4:30 p.m. at UN Plaza near the Civic Center BART station before marching to Civic Center.

People for the Ethical Treatment of Animals will also be protesting at Civic Center, on behalf of circus elephants. The group is calling on the president to order the U.S. Department of Agriculture to confiscate mistreated pachyderms.

It is the president’s fourth trip to the Bay Area since May.

His most recent trip in July included a rally at the Fox Theater in Oakland. During that visit, hundreds of anti-war protesters marched through the streets surrounding the theater, tore down pro-Obama posters and burned an American flag.

Obama headed to the Bay Area today from Southern California after appearing at several Los Angeles fundraisers then visiting the Tehachapi foothills in the Bakersfield area this morning. He will leave the Bay Area for Ohio on Tuesday morning.