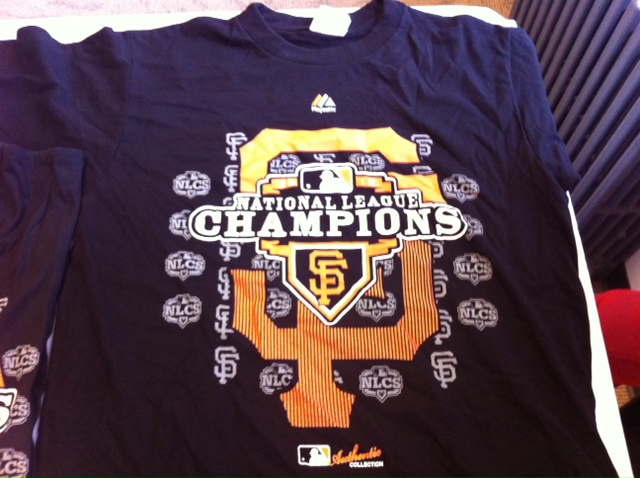 The shirts, which celebrated the Giants’ victory in the National League Championship Series, were taken by plainclothes agents who encountered vendors outside AT&T Park and elsewhere in the city, Assistant Special Agent in Charge Anthony Ho said.

Ho said the shirts, which were sold for $20 each, are identifiable as counterfeits because of their poor quality and lack of hologram stickers placed by legitimate manufacturers.

The announcement of the seizure is part of an effort by the Department of Homeland Security to educate people about the importance of avoiding buying counterfeit products.

“I think the fans are enthused, and I think that’s a good thing, but they don’t really understand why these things are bad to buy,” he said.

Ho said some of the money for the shirts has been tracked back to people with gang ties in Los Angeles.

No arrests have been made in connection with the seizures but Ho said investigators are anticipating even more counterfeit shirts after the Giants clinched the World Series over the Detroit Tigers on Sunday night.

“The message to vendors is you’re out, and we’re not even going to give you three strikes,” he said.