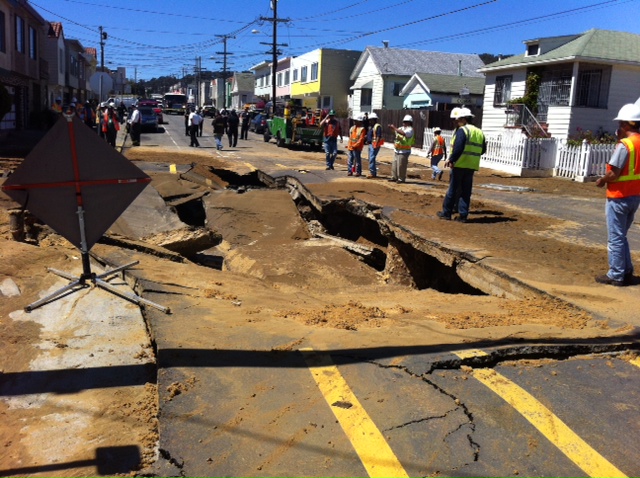 A school in San Francisco’s Visitacion Valley neighborhood reopened this morning after a weeklong closure prompted by flooding from a large water main that ruptured nearby, according to school officials.

The 42-inch pipe broke at about 11:10 a.m. on Aug. 28 on Sunnydale Avenue between Cora Street and Tomaso Court, sending water gushing into several nearby homes and the Our Lady of the Visitacion School, a K-8 school at 785 Sunnydale Ave.

The water damaged multiple classrooms, as well as the school’s gymnasium and administrative offices and a convent for the Church of the Visitacion, which is associated with the school.

School principal Maxie O’Rourke said in a letter sent to parents and posted on the school’s website that experts determined the campus was safe to reopen after tests were done to check for mildew, mold and moisture.

Any carpets or furniture that were soaked by the water were removed from the school, and fans were brought in to dry out any leftover moisture, O’Rourke said.

Over the weekend, construction crews finished repairing a gaping hole in the street that was created by the rupture, San Francisco Public Utilities Commission spokeswoman Alison Kastama said.

Crews will have to return to the site at a later date to dig up the road again to replace the 42-inch pipe, she said. Water service is back to normal for all residents in the area.

The cost of the water main break has yet to be determined. Residents who sustained property damage have a year to file a claim with the city attorney’s office. They can do so by calling (415) 554-3900.

The cause of the rupture remains under investigation, and SFPUC officials have said it appears to be unrelated to a yearlong sewer project in the neighborhood that had wrapped up a short time earlier.

Anyone seeking information about the incident can call the SFPUC at (415) 554-3289. Updates will also be posted online at www.sfwater.org.