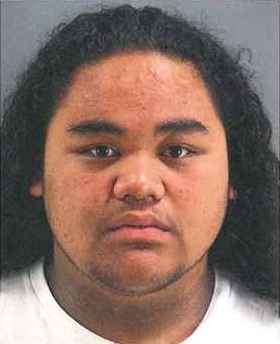 San Francisco resident Adrian Landers was arrested at the San Francisco Hall of Justice in connection with the shooting death of Jesus Solis, police said.

Jesus Solis, a man in his 20s, was fatally shot during an altercation shortly before 4 p.m. Sunday in the 1200 block of Treat Avenue.

Police are searching for a second suspect, identified as Dylan Lemalie (pictured right), 20, of San Francisco.

A $5,000,000 murder warrant has been issued for Lemalie’s arrest. Police said he should be considered armed and dangerous and that nobody should attempt to detain him.